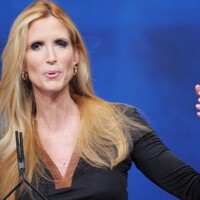 What is Ann Coulter's Net Worth?

Ann Coulter is an American conservative social and political commentator, writer, syndicated columnist and lawyer who has a net worth of $10 million. She is a controversial figure in some circles, priding herself on making liberal stomachs turn.

Ann Hart Coulter was born in New York City on December 8, 1961. Her father, John Vincent Coulter, was from Albany, New York, and her mother, Nell Husbands Coulter (née Martin), was born Paducah, Kentucky. Her father served as an FBI agent. She was raised in New Canaan, Connecticut, along with her two older brothers, James and John.

After graduating from New Canaan High School in 1980, Coulter continued her education at Cornell University. While in college, she was a member of the Delta Gamma national sorority, and also helped found "The Cornell Review", an independent student-published newspaper that is now one of the leading conservative college publications in the US. She received a BA degree in History from Cornell in 1984, and went on to get a Juris Doctor degree from the University of Michigan Law School in 1988. At Michigan, Coulter was the editor of the "Michigan Law Review", and she also received training from the National Journalism Center.

Following law school, Coulter clerked for Judge Pasco Bowman II of the United States Court of Appeals for the Eighth Circuit in Kansas City, Missouri. She then briefly worked in private practice in New York City, before going to work for the United States Senate Judiciary Committee in 1994. While there, Coulter helped handle crime and immigration issues for Senator Spencer Abraham of Michigan. She also helped to craft legislation, and then became a litigator for the Center of Individual Rights.

In the late 1990s, Coulter had a syndicated column for Universal Press Syndicate which was featured across several conservative websites, as well as her own. Then, in 1999, she was a columnist for George magazine, and also wrote weekly columns for the conservative magazine Human Events (1998-2003). She made her television debut in 1996 after MSNBC hired her as a legal correspondent, later appearing on CNN and Fox News. Since then, she has achieved notoriety as an extreme conservative columnist, author, and speaker whose sharp tongue spares none.

Additionally, Coulter has appeared in three films, all of them released in 2004. The first, "Feeding the Beast", was a made-for-television documentary covering the "24-Hour News Revolution". The second film, "FahrenHYPE 9/11", was a direct-to-video documentary rebutting the documentary "Fahrenheit 911" by Michael Moore. The third film, "Is It True What They Say About Ann?", was a documentary on Coulter featuring clips of her interviews and speeches.

Proudly controversial and aggressively combative, Coulter has written a string of best-selling books. Her first book, "High Crimes and Misdemeanors: The Case Against Bill Clinton" (1998), covers her case for the impeachment of President Bill Clinton. Her second book, "Slander: Liberal Lies About the American Right" (2002), hit No. 1 on The New York Times non-fiction best seller list, and in it one of the arguments she makes is that President George W. Bush was unfairly covered by media. Her third book, "Treason: Liberal Treachery from the Cold War to the War on Terrorism" (2003), examines the history of the Cold War, and supports the position of Senator Joseph McCarthy regarding the presence of Soviet agents working within the U.S. government. Her fourth book, "How to Talk to a Liberal (If You Must): The World According to Ann Coulter" (2004), was a compilation of many of her columns. Her other books include "Godless: The Church of Liberalism" (2006), "If Democrats Had Any Brains, They'd Be Republicans" (2007), "Guilty: Liberal 'Victims' and Their Assault on America" (2009), "Demonic: How the Liberal Mob is Endangering America" (2011), "Mugged: Racial Demagoguery from the Seventies to Obama" (2012), "Never Trust a Liberal Over 3 – Especially a Republican" (2013), and "Adios, America: The Left's Plan to Turn Our Country Into a Third World Hellhole" (2015). 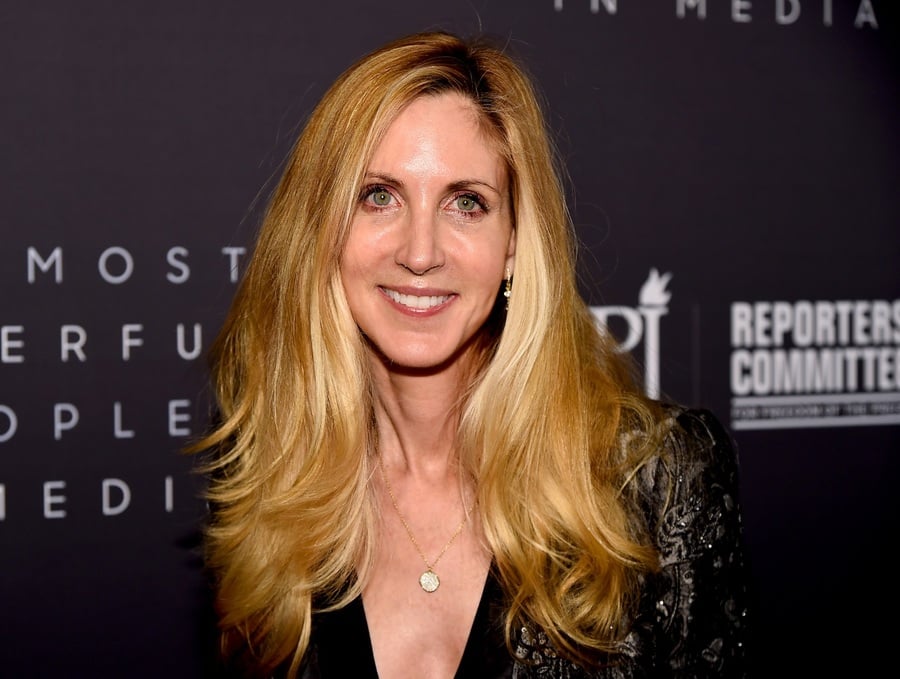 Though controversial, Coulter has stood by all of her statements—often on her friend and colleague Bill Maher's show "Real Time with Bill Maher"—no matter how shocking. Some of her most controversial moments include calling John Edwards a "faggot", Barack Obama a "retard", and saying women should be stripped of their right to vote. Throughout the year, Coulter typically spends anywhere from six to twelve weeks touring the country as a speaker, although that number goes up if she has a book coming out. In 2010, it is estimated that she made $500,000 on the speaking circuit alone.

Coulter is a registered Republican, and identifies as a Presbyterian Christian. Some of Coulter's views that she has been very vocal about include being anti-abortion, supporting the display of the Confederate flag, opposing hate crime laws, opposing amnesty for undocumented immigrants, opposing same-sex marriage, supporting the continuation of the War on Drugs, and advocating for the conspiracy theory of white genocide. Although she endorsed Donald Trump in 2016, she has since distanced herself from Trump after disagreements over immigration policies, and now refers to herself as a "former Trumper".

Although she has been engaged several times, Coulter has never been married and has no children. She has previously been romantically linked to publisher Bob Guccione Jr., conservative writer Dinesh D'Souza, and former president of the New York City Council Andrew Stein. Coulter bought a house in Palm Beach, Florida, in 2005 for $1.2 million. She also owns a condominium in Manhattan, New York City which she bought in 2003 for $1.5 million, and an apartment in Los Angeles, California.