Abby Huntsman net worth and salary: Abby Huntsman is an American television personality who has a net worth of $20 million. Abby Huntsman was born in Philadelphia, Pennsylvania in May 1986. From 2012 to 2013 she was featured on the TV series Piers Morgan Tonight and Huffpost Live. Huntsman was a co-host on the television series The Cycle from 2013 to 2015 and also appeared on the series Politics Nation with Al Sharpton.

She began co-hosting or guest hosting on the television series The View in 2014 and became a co-host on the TV series Fox and Friends in 2016. Abby Huntsman has also been featured on the TV series Outnumbered and America's Newsroom. Her father Jon Huntsman Jr. served as Utah Governor and U.S. Ambassador to China under President Barack Obama. He later became the U.S. Ambassador to Russia under President Donald Trump. Jon Jr. has a net worth nearing $1 billion. Abby's grandfather John Huntsman Sr. had a net worth of $3 billion at the time of his death. He donated the entire fortune to charity. Abby Huntsman became a co-host of The View in 2018 for season 22. 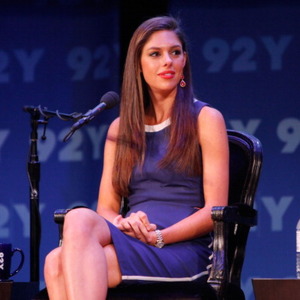