Ralph Nader net worth: Ralph Nader is an American politician and consumer activist who has a net worth of $6 million. His independent politics, true "maverick" status, and penchant for unsuccessful presidential runs are all more noteworthy than his net worth. But his career is more than just political activism – he's made a living as an attorney, lecturer, and author.

He first gained prominence with his book criticizing the safety standards (or lack thereof) of the auto industry, entitled Unsafe at Any Speed. This book, along with Nader's continued advocacy for more stringent safety standards in cars, eventually led to the National Traffic and Motor Vehicle Safety Act passing unanimously in 1966. It wasn't without a fight, however – Nader had to sue General Motors over their intensive surveillance and attempts to blackmail him. Ralph Nader went on to be a crusader for many other causes throughout the years, including the environment, corporate corruption, false advertising, and nuclear energy. He's also started dozens of nonprofit organizations for many varied causes. Ralph Nader is arguably best known for his many runs for the office of President of the United States. He first ran in 1972, and has been a frequent candidate in the years since then. 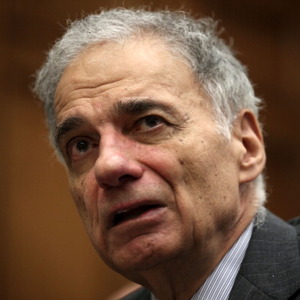