How much is Yingluck Shinawatra Worth?

Yingluck Shinawatra Net Worth: Yingluck Shinawatra is a Thai businesswoman and politician who has a net worth of $25 million. Commonly known as Pu or Pou, she is a member of the Pheu Thai Party, as well as the 28th and current Prime Minister of Thailand following the 2011 general election. Thus, she became the first female Prime Minister in Thailand and one of the youngest Prime Ministers to rule Thailand in over 60 years, as she was 45 at the time of her election. Born on 21 June 1967 in Chiang Mai province to a wealthy family, Yingluck Shinawatra took a BA degree from University and a Master's degree from Kentucky State University, both in public administration. Upon graduation, she joined her elder brother's company, Thaksin Shinawatra, as an Executive, and then became the President of property developer SC Asset and Managing Director of Advanced Info Service. In the meantime, her brother Thaksin became Prime Minister of Thailand, but it didn't pass much time before he was overthrown in a military coup. After Thaksin was convicted in absentia and sentenced to prison, the Pheu Thai Party nominated Yingluck as their candidate for Prime Minister in the 2011 general election. 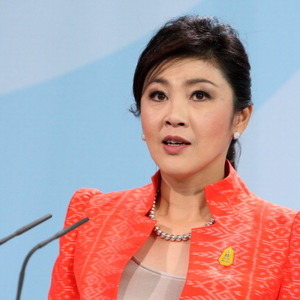