What is Viktor Yanukovych's Net Worth?

Yanukovych was born on July 9, 1950 in the village of Zhukovka in Donetsk Oblast, Ukrainian SSR, Soviet Union. His mother was a Russian nurse and his father was a Polish-Belarusian locomotive-driver. His childhood was challenging as his mother died when he was two and he was often hungry. By the time he was a teenager, he lost his father as well and was brought up by his Polish paternal grandmother.

At the age of 17, he was imprisoned for three years for participating in a robbery and assault. He was sentenced a second time for two years three years later, again on charges of assault. After getting out of prison, Yanukovych enrolled at the Donetsk Polytechnic Institute. As a second-year student, he was promoted to director of a small trucking division within a coal mining company. He continued moving up in various positions at transport companies until 1996.

Yanukovych began his political career in 1996 when he was appointed Vice-Head of Donetski Oblast Administration in August of that year. The next year, he was appointed as the Head of the Administration. He remained in that role until President Leonid Kuchma appointed him to the post of Prime Minister after Anatoliy Kinakh resigned in 2002.

As Prime Minister, Yanukovych's cabinet was considered to be politically close to Russia, though it also did profess support for Ukraine joining the European Union. They did not, however, agree to membership in NATO.

In 2004, Yanukovych participated in the Ukrainian presidential election as the candidate for the Party of Regions, which favored close ties with Russia. After the first round of the election was too close to call, Yanukovych was initially declared the victor in the second round over opposition leader Viktor Yushchenko. However, many international organizations and Ukrainian citizens alleged there had been electoral fraud. Widespread protests resulted that became known as the Orange Revolution. The Supreme Court of Ukraine annulled the result and in a subsequent runoff election, Yanukovych lost to Yushchenko. The Ukrainian parliament then passed a motion of no confidence in Yanukovych's government and Yanukovych resigned from his post as Prime Minister five days later.

However, Yanukovych's political career was not over. He then led the main opposition party against the government in power and continued to align himself with Russia. His party, the Party of Regions, signed a collaboration agreement with the Russian political party, United Russia, in 2005. The following year, the Party of Regions won the 2006 Ukrainian parliamentary election. In 2007, Yanukovych was appointed chairman of the Government Chiefs Council of the Commonwealth of Independent States. 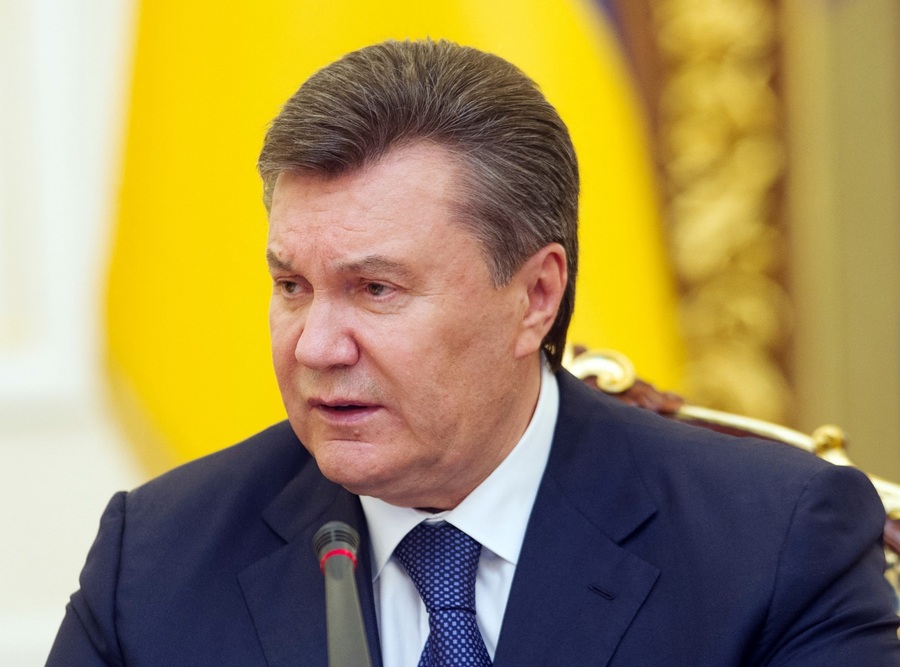 By 2009, Yanukovych decided he was ready to run for president again. He announced his intent and was endorsed by the Party of the Regions and the Youth Party of Ukraine. During the campaign, Yanukovych was accused of financial fraud. It was estimated that his campaign cost between $100 and $150 million. Yanukovych subsequently won the election and was inaugurated in February of 2010.

As president, Yanukovych said he would continue focusing on integrating Ukraine with the European Union though he remained loyal to Russia as well, which prevented him from supporting Ukraine's entry into NATO. He also stated his aim was to unify East and West Ukraine, given the history of tension in the country.

However, many Ukrainians felt that integration with the rest of Europe was not happening quickly. This led to the Euromaidan protests in November of 2013. The protests had begun in Independence Square in Kyiv the day that Yanukovych had decided to turn down an agreement that would lead to more cooperation with the EU, choosing instead to strengthen economic ties with Russia.

The protesters refused to leave the square until some of their demands were met, which included signing the agreement with the EU, altering the Constitution of Ukraine, and the resignation of Yanukovych. The protests continued and violence escalated, especially after Yanukovych signed the Anti-Protest Laws in January of 2014. In February of 2014, Yanukovych and the leaders of the parliamentary opposition called for early elections and the formation of an interim unity government. Yanukovych then fled from the capital area before an impeachment vote could take place. The vote took place a day later and 73% of parliamentary members voted to remove Yanukovych. 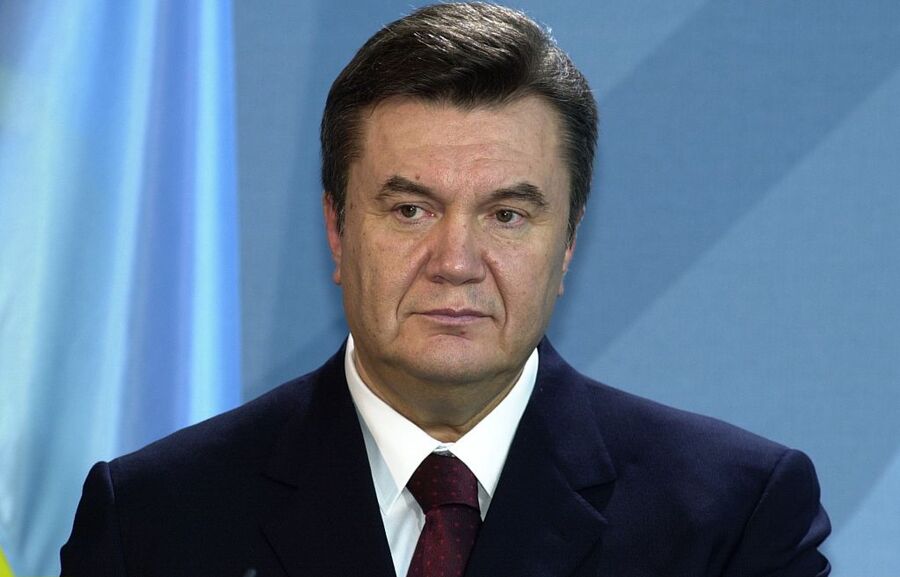 Yanukovych initially moved to Kharkiv but then traveled to Russia near the end of February. The Russian media then confirmed that Yanukovych was present in Moscow before moving to the Barvikha Sanatorium, a health resort. Since his removal from office, Yanukovych has stated that an armed coup took place in Ukraine and he remained the legitimate president of the country. Since then, he has further aligned himself with Russia.

In 1971, Yanukovych married Lyudmyla Nastenko, a niece of the city judge of Yenakiyeve.  Together, they had two sons – Oleksandr and Viktor. His son Viktor was a member of the Parliament of Ukraine from 2006 until 2014. He tragically drowned in a lake in 2015.

In February of 2017, Yanukovych announced that after 45 years of marriage, he divorced Lyudmyla. The two had reportedly lived separately for some years prior to the divorce. 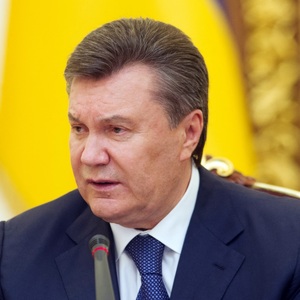