Vicente Fox Net Worth: Vicente Fox is a Mexican businessman and a former President of Mexico who has a net worth of $10 million. Born Vicente Fox Quesada on July 2, 1942, in San Francisco del Rincon, Guanajuato, Mexico, he was elected to the presidency of Mexico in 2000 and hold the position until 2006.

As a president, he proved to be a charismatic reformer and played a vital role in Mexico's democratization and strengthening the country's economy. In his six-year tenure, Fox successfully controlled inflation and interest rates, as well as he achieved the lowest unemployment rate in all of Latin America. In addition, he has served as co-President of the Centrist Democrat International, an international organization of Christian democratic political parties. Long before he became chief of state, he has led an ordinary life spending his childhood on his father's ranch in Guanajuato. He studied at the Ibero-American University in Mexico City and took courses administered by Harvard University Business School. In 1964, he joined the working world as a truck driver for the Coca-Cola Company. Clever and hard-working as he was, Fox soon climbed the corporate ladder in the company, eventually becoming the youngest executive to ever be appointed president of Coca-Cola for Mexico and Latin America. Under Fox, Coca-Coca exceeded Pepsi as Mexico's top-selling soft drink. After leaving the company, he has been involved in public speaking and the construction of the Fox Center, Mexico's first presidential library. At the same time, he embarked on a career in politics, having joined the Partido Acción Nacional in 1988. The same year he was elected to the federal Chamber of Deputies representing the Third Federal District in León, Guanajuato. Over the years, he has made a constant progress as a political figure, in 1995 becoming a governor in Guanajuato and five years later a president of Mexico. 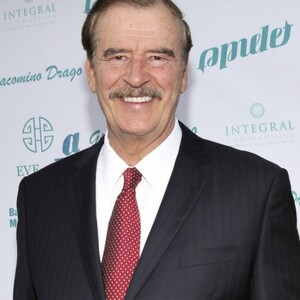