What is Tony Blair's Net Worth?

Tony Blair is a British politician who has a net worth of $60 million. Tony Blair served as Prime Minister of the United Kingdom from 1997 to 2007. Before that, he served as Leader of the Labour Party, and afterward, became the executive chairman of the Tony Blair Institute for Global Change. Among other things, Blair and his government were known for progressive constitutional reforms, military interventions in Kosovo and Sierra Leone, and policies supporting the War on Terror.

Tony Blair was born on May 6, 1953 in Edinburgh, Scotland as the second son of Hazel and Leo. His older brother is Sir William Blair, and he also has a younger sister named Sarah. In 1954, the family relocated to Adelaide, South Australia, where Leo taught law at the University of Adelaide. They returned to the United Kingdom in 1958, moving to Durham, England when Leo got a job as a lecturer at Durham University. In England, Blair went to the Chorister School from 1961 to 1966. At the age of 13, he was sent to the Fettes College boarding school in Edinburgh. After leaving the school, Blair spent a gap year in London trying to become famous as a rock music promoter. He subsequently matriculated to St John's College of the University of Oxford, where he studied jurisprudence. While there, he played guitar and sang in a rock band called Ugly Rumours, and also did stand-up comedy. Blair graduated in 1975; afterward, he joined Lincoln's Inn and became a pupil barrister.

Shortly after graduating from Oxford, Blair joined the Labour Party. He subsequently became involved in Labour politics in Hackney South and Shoreditch, and offered his candidacy for the Hackney council elections in 1982. That year, Blair was selected as the Labour Party candidate for the Conservative seat of Beaconsfield, which he ultimately lost. In 1983, he had more success as a candidate for the Trimdon branch of Sedgefield, and was elected as its MP. Blair's political cachet rose rapidly following the election; he earned his first front-bench appointment in 1984 as assistant Treasury spokesperson.

Blair stood for election to the Shadow Cabinet in 1987; he later became shadow home secretary in 1992 following the resignation of leader Neil Kinnock. Following the death of Leader of the Opposition John Smith in 1994, Blair defeated Margaret Beckett and John Prescott to become the new Labour Party leader and Leader of the Opposition. During his tenure, Blair abolished Clause IV, which was the party's formal commitment to economic nationalization. He also committed to the free market and the EU, and worked to weaken trade union influence within the party. 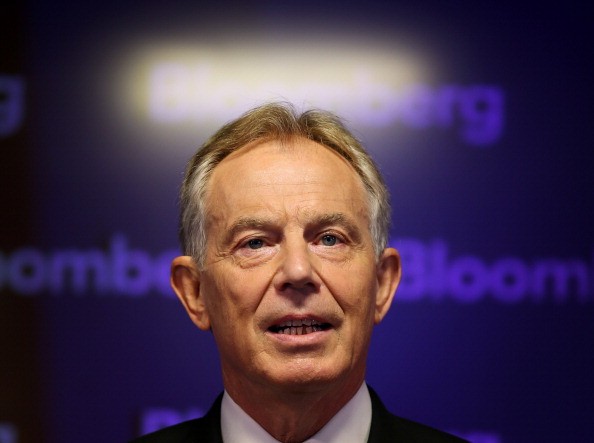 On May 2, 1997, Blair became the Prime Minister of the United Kingdom, with the Labour Party claiming its largest landslide general election win in history. In the process, Blair became the nation's youngest leader since 1812, at 42 years of age. With further victories in 2001 and 2005, he was also the Labour Party's longest-serving prime minister.

During Blair's premiership, the British government enacted a number of constitutional reforms, removing most hereditary peers from the House of Lords. It also established the UK's Supreme Court and reformed the office of Lord Chancellor. Additionally, his government held referendums that paved the way for the 1999 establishment of the Scottish Parliament and Welsh Assembly. Among the other notable actions of Blair's early premiership, he oversaw a significant increase in public spending, particularly in education and healthcare. Thanks to his advocacy of multiculturalism, immigration experienced a considerable increase as well. Blair's other social policies were mostly progressive. In 1998, he introduced the National Minimum Wage Act and the Human Rights Act, and in 2000 created the Freedom of Information Act. However, his time in office also saw increased incarceration rates due to his anti-social behavior legislation.

On the foreign policy side of things, Blair oversaw the British interventions in Kosovo and Sierra Leone in 1999 and 2000, respectively. Although these were generally considered successful, Blair drew major controversy in the early 00s for supporting the foreign policy of US President George W. Bush and his administration during the War on Terror. He ensured that the British Armed Forces participated in the war in Afghanistan and the invasion of Iraq, and falsely claimed that Saddam Hussein's regime held weapons of mass destruction. Later, after the 7/7 bombing in London in 2005, Blair introduced an array of anti-terror legislation that was also controversial.

Blair officially resigned from his premiership in June of 2007 after ten years in office. He was subsequently confirmed as Middle East envoy for the United Nations, European Union, Russia, and United States. In 2008, he introduced a new plan for peace and Palestinian rights. Blair later resigned as envoy in 2015.

Blair also joined the private sector in the years after his premiership. He joined investment bank JPMorgan Chase in a senior advisory capacity, and advised Zurich Financial Services on issues related to climate change. In 2008, Blair created the organization Tony Blair Associates to provide strategic advice on politics and economics. However, he came under attack for conflicts of interest between this work and his role as a Middle East envoy. Among his other private sector work, Blair launched the Tony Blair Sports Foundation to promote childhood participation in sports, and created the Tony Blair Faith Foundation to encourage an understanding of people of different religious backgrounds, and to work toward eradicating global conflict and poverty.  Later, in 2016, he launched the Tony Blair Institute to champion global change in organizations and governments.

In 1980, Blair married Cherie Booth; together, they have four children named Euan, Nicholas, Leo, and Kathryn. The family owns eight residences in total, with its primary one being in Connaught Square.