He became Second Vice-President under his father in 2012 and was in charge of security and defense. Obiang was promoted to First Vice-President in 2016. He is a member of the Democratic Party of Equatorial Guinea and attended Pepperdine University. In the 1990s he was an Adviser to the Presidency. Obiang has drawn criticism for spending lavish amounts of money on trips, cars, and other luxuries. He has also faced embezzlement charges after secret bank accounts were exposed. Obiang has also been investigated by Swiss prosecutors after landing in Geneva eight times in 2016. He is in line to succeed his father for the Presidency of Equatorial Guinea. 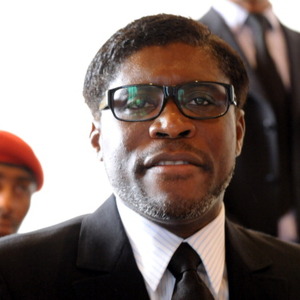