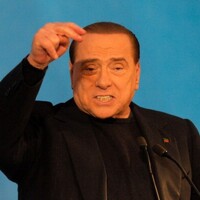 Silvio Berlusconi is a former Prime Minister of Italy, entrepreneur and media tycoon who has a net worth of $8.5 billion dollars. He is one of Italy's longest-serving post-war prime ministers and he is widely known for being a frequent criminal defendant and convicted tax evader. Furthermore, he is the owner of the Italian football club A.C. Milan and remains Italy's "oldest playboy" who continues to capture headlines at 76 years of age.

Born on September 29 1936, in Milan, Italy, the rise of this Teflon politician is one worthy of a Hollywood screenplay.  He is the son of Luigi Berlusconi and Rosa Bossi. The first of three children hailing from a lower middle class family, the young and versatile Berlusconi studied law in Milan and worked as a singer on cruise ships and nightclubs.

After he successfully secured a small loan from a local bank, he oversaw the construction of small-scale projects in the city of Milan and later built "Milano Two", 4,000 residential apartments east of Milan. Berlusconi first entered the media world in 1973 by establishing a small cable television company called Telemilano. Soon, he started to accumulate fortune through Fininvest that holds stakes in Mediaset, Italy's largest media company; Mediolanum financial services company that was founded by Italian billionaire Ennio Doris); Mondadori, one of Italy's largest publishing houses; Medusa, movie maker and A.C. Milan, which was a nearly defunct football club when Berlusconi bought it in 1986. Forbes Magazine ranked him the 190th richest man in the world, with a net worth of 8 billion.

It was in 1993 that Berlusconi first appeared on the political scene running for Prime Minister under his newly formed political party Forza Italy (Go Italy). Since, he has served four times as Prime Minister of Italy, from 1994 to 1995, 2001 to 2006, and 2008 to 2011. Holding the Prime Minister office for nine years in total, Berlusconi is the third longest-serving since the Unification of Italy, after Benito Mussolini and Giovanni Giolitti. Berlusconi was the leader of the center right party Forza Italia from 1994-2009 and its successor party, The People of Freedom, from 2009 to 2013. Berlusconi was the senior G8 leader from 2009-2011 and holds the record for hosting G8 Summits, having hosted three Summits in Italy. During the 2013 general election, after he served 19 years as a member of the Chamber of Deputies, Italy's lower house, he became a member of the Senate. Berlusconi was the first person to assume premiership without having held any prior government or administrative offices.

In August 2013, Berlusconi was convicted of tax fraud by the court of final instance, the Court of Cassation. He was sentenced to four years in prison, three of which were automatically pardoned. He was banned from public office for two years. At age 76, under Italian sentencing guidelines which don't typically enforce imprisonment for over 70s, he was exempted from direct imprisonment and instead he served his sentence by doing unpaid social community work. 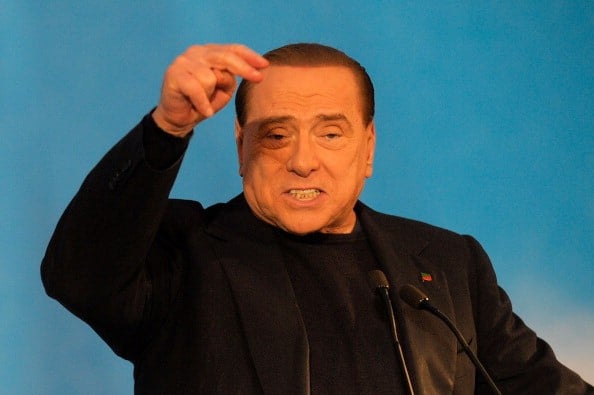 Due to his being sentenced to imprisonment for more than two years, an Italian anti corruption law led to the Senate expelling him and barring him from serving in any public or legislative office for six years. He pledged to stay the leader of Forza Italia throughout his sentence and public office ban. After his ban ended, he ran for and was elected as an MEP at the 2019 European Parliament election. Often accused of being an authoritarian leader, Berlusconi is known for his populist political style and brash personality. Berlusconi has been and has remained a controversial and sometimes divisive figure among public opinion and political analysts. His supporters point to his charismatic power and leadership skills, along with his fiscal policy based on tax reduction. He has sought to maintain strong and close foreign relations with the United States and Russia. Berlusconi has become known for publicly making gaffes or insensitive remarks. A number of political commentators and writers consider his success a precedent for the 2016 election of real estate tycoon Donald Trump.

He married Carla Elvira Dall'Oglio in 1965. They had two children, Maria Elvira and Peter Silbio. Berlusconi had an affair with actress Veronica Lario, with whom he had three children: Barbara, Eleonora, and Luigi. He divorced Dall'Oglio in 1985 and married Lario in 1990. Their wedding was a notable social event, as at this time he was a well known entrepreneur.

In May 2009, Lario announced that she was filing for divorce from Berlusconi. In 2012, he was ordered to pay Lario $48 million a year in a divorce settlement.

He was hospitalized for heart problems and a stroke in June 2016, just after the campaign for local elections. He had heart surgery to replace a defective aortic valve. Berlusconi tested positive for COVID-19 in September 2020. He was admitted to the hospital with severe symptoms. After he was discharged, he described COVID-19 as being the "most dangerous and frightening experience" of his lifetime. He was hospitalized once again in May 2021 due to ongoing COVID-19 long-term symptoms.

Silvio has been involved in several controversies and has been the subject of over 20 court cases during his political career.

In November 2010, a 17-year-old Moroccan belly dancer, Karima El Mahroug, claimed to have been given $10,000 by Berlusconi at parties at his private villas. She told prosecutors in Milan that these events were orgies her Berlusconi and 20 young women performed an African-style ritual known as the "bunga bunga" in the nude. The investigation of Berlusconi for child prostitution involving this situation has been referred to as "Ruby Gate." In 2011, he was placed under criminal investigation for allegedly having sex with an underage prostitute. He was found guilty and sentenced to seven years in prison and banned from public office for life, however, he appealed the sentence and his conviction was overturned.

Berlusconi came under fire for reportedly spending $1.8 million in state funds from RAI Cinema to further the career of a largely unknown Bulgarian actress, Michelle Bonev. The fact that this coincided with severe cuts being made to the country's arts budget provoked an outcry from the public.