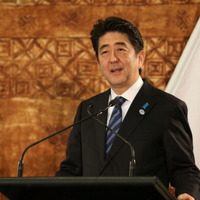 What was Shinzo Abe's Net Worth and Salary?

Shinzo Abe was a Japanese politician who had a net worth of $10 million at the time of his death in July 2022. Shinzo Abe served as the prime minister of Japan from 2006 to 2007 and later from 2012 to 2020, making him the longest-serving prime minister in the history of the country. A resolute conservative and Japanese nationalist, he was known for his negationist historical views and his embrace of militarism. While giving a speech in the summer of 2022, Abe was assassinated by a former member of the Japan Maritime Self-Defense Force. He was 67.

Shinzo Abe was born on September 21, 1954 in Tokyo, Japan to a prominent political family. His father Shintaro had numerous governmental positions, most notably in the House of Representatives, while his grandfather Nobusuke Kishi was a powerful bureaucrat in occupied China before serving as the prime minister of Japan from 1957 to 1960. Abe has an older brother named Hironobu and a younger brother named Nobuo. As a youth, Abe went to Seikei Elementary School and then to Seikei Junior and Senior High School. For his higher education, he attended Seikei University, graduating in 1977 with a BA in political science. Abe went on to attend the University of Southern California as a visiting student from 1978 to 1979.

After leaving USC, Abe started to work for Kobe Steel. He eventually left the company in 1982 and held a variety of governmental jobs, including private secretary to the chairperson of the general council of the Liberal Democratic Party. Abe also worked as a secretary to his father, with whom he traveled on numerous diplomatic trips.

Following his father's passing in 1991, Abe was elected to the House of Representatives as a delegate of the first district of Yamaguchi Prefecture. At the end of the decade, he became the director of the Social Affairs Division. He subsequently became Chief Cabinet Secretary in the cabinets of prime ministers Yoshirō Mori and Junichiro Koizumi. In 2003, Abe was appointed the secretary-general of the Liberal Democratic Party, and three years after that was elected the LDP's president.

Abe became the prime minister of Japan in September of 2006. In this position, he worked toward balancing the nation's budget. Abe also led controversial efforts to foster Japanese nationalism and negate the country's use of government coercion in forcing women into sexual slavery during World War II. In terms of foreign affairs, he sought to strengthen Japan's relations with India, China, and Southeast Asian countries. Additionally, Abe worked to allow de jure military forces for Japan.

Leading up to the election in July of 2007, the agricultural minister in Abe's cabinet, Toshikatsu Matsuoka, killed himself after a number of funding scandals. The Liberal Democratic Party suffered many other losses, losing control for the first time since the 1950s. To make matters worse, the newly appointed agricultural minister, Takehiko Endo, resigned only seven days into his tenure due to a financial scandal. Abe subsequently announced his resignation as prime minister. He later revealed that the decision was also prompted by his ulcerative colitis. 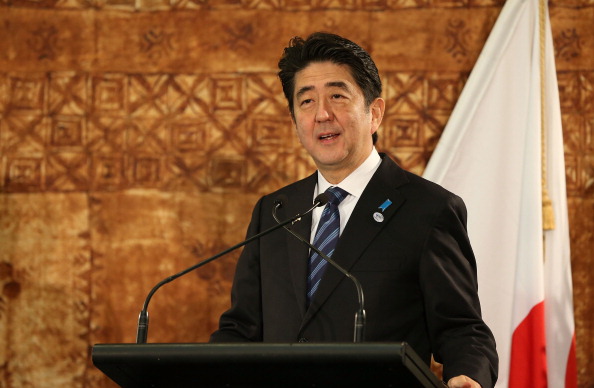 In his second tenure as prime minister, Abe sought to fix Japan's economic stagnation through his policy of "Abenomics," which had mixed results. He also helped reinstate the Trans-Pacific Partnership as a means of liberalizing various sectors of Japan's economy. Among his other domestic policies, Abe renewed his efforts to negate the atrocities committed by Japan during World War II, omitting crucial information in school textbooks. Meanwhile, in foreign affairs, he worked to extend Japan's ties with NATO and the EU, among other organizations outside of Asia.

Abe's time as prime minister was also characterized by massive efforts to expand the Japanese military. Abe sought to reform the Japan Self-Defense Forces by revising the part of the constitution outlawing declarations of war. In 2015, he created military reforms that permitted Japan to use collective security by allowing deployments of the JSDF overseas. This controversial policy was met with public backlash and mass protests. Abe drew further criticism in 2018 when he was involved in a favoritism scandal; his reputation was further damaged when he was seen partying with the LDP during the height of flooding in western Japan. Later, in 2019, he initiated a trade war with South Korea and fought with the country over reparations for the war. Due to health issues stemming from his colitis, Abe retired as prime minister in the summer of 2020.

In 1987, Abe wed socialite Akie Matsuzaki, the daughter of the president of the confectionary manufacturer Morinaga. The pair did not have any children together.

While giving a campaign speech in Nara, Japan on July 8, 2022, Abe was shot and killed by a man using a homemade gun. After being flown to the hospital, he was pronounced dead at the age of 67. The assassin turned out to be a former Japanese Maritime Self-Defense Force member named Tetsuya Yamagami, who was promptly arrested. Yamagami said he killed Abe because he held a grudge against the Unification Church, and believed the former prime minister was responsible for spreading its religion in Japan.