Miguel Juan Sebastian Pinera Echenique was born in Santiago, Chile in December 1949. As a child Pinera lived in Belgium and New York City. He graduated in 1971 from the Pontifical Catholic University of Chile where he was the best student in his class. He graduated with an M.A. and Ph.D. in Economics from Harvard University. He became a Professor at the University of Chile among other schools. Pinera helped create the Enterprising Women Foundation in 1989. He has owned parts of Chilevision, LAN Airlines, and Colo-Colo. He served as Senator of Chile from 1990 to 1998 and Leader of National Renewal from 2001 to 2004. He became the first billionaire to be the Chilean President when he was elected in 2010. He served until 2014. Sebastian was reelected as President of Chile in 2018.

He married Cecilia Morel in 1973 and have four children. He has been associated with bad luck, with the BBC citing earthquakes, fires, and a mining accident. As Chilean President he was both preceded by and succeeded by Michelle Bachelet. 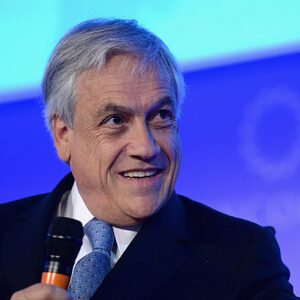