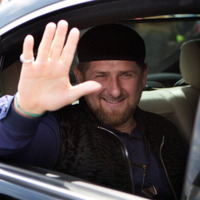 What is Ramzan Kadyrov's Net Worth?

Ramzan Kadyrov is a Chechen politician who has a net worth of $100 million. Ramzan Kadyrov serves as the Head of the Chechen Republic, a position he has held since 2007. Prior to that, he served as the First Deputy Prime Minister and then as the acting Prime Minister. A brutal despot, Kadyrov has been responsible for numerous human rights abuses during his rule, including the kidnapping, torture, and assassination of gay men, civil rights activists, and political dissidents. He is the son of the former Chechen President Akhmad Kadyrov who was assassinated in 2004. Ramzan Kadyrov took over as president shortly after he turned 30. He is also the founder of the Akhmat Fight Club, which is named after his father.

It is hard to pin down an exact net worth estimate for Kadyrov. According to various reports, namely one by Russian opposition leader Ilya Yashin, Kadyrov has generated enormous personal wealth through the theft of federal subsidies meant for Chechnya. According to the United States Treasury Department:

Russia subsidizes Chechnya to the tune of $6.5 billion per year. Those funds are were meant to cover approximately 80% of the country's annual operating budgets and infrastructure. Some of the funds are allegedly funneled through a purported charity called the Akhmad Kadyrov Foundation which then uses the funds to pay for public buildings, vehicles, cars and potentially other lifestyle expenses.

Ramzan Kadyrov's official annual salary is a bit under 5 million roubles. That's equal to around $80,000 per year.

Ramzan Kadyrov was born on October 5, 1976 in what was then Tsentaroy, Checheno-Ingush ASSR, in the Soviet Union. He is the second son and youngest child of Akhmad and Aimani; he has two sisters named Zargan and Zulay, and had a brother named Zelimkhan who passed away in 2004. Growing up, Kadyrov strove to earn the respect of his imam father, and sought to emulate his actions.

In the First Chechen War in the mid-90s, Kadyrov and his father fought against the Russian forces. After the war, he served as the personal driver and bodyguard for his father, who became a Mufti. In 1999, at the outset of the Second Chechen War, Kadyrov and his family defected to the Russian side, where Kadyrov eventually led his militia with support from the Federal Security Service of Russia. His paramilitary group became known as the Kadyrovites.

Kadyrov's father, who served as the first Head of the Chechen Republic when he took office in late 2003, was assassinated in May of 2004. Following this, Kadyrov was appointed as the First Deputy Prime Minister of the Chechen Republic. Almost immediately he began abusing his power; in early 2005, he and about 150 armed men stormed the Khasavyurt City Police building when Kadyrov's sister was detained.

When Chechen prime minister Sergey Abramov was injured in a car crash in late 2005, Kadyrov became the caretaker prime minister. He subsequently began exerting his power by enforcing elements of Sharia law, such as banning alcohol production. In early 2006, he banned Danish citizens from coming into Chechnya. Eventually, Kadyrov became the acting prime minister when Abramov resigned in March of 2006. He continued to implement a surfeit of oppressive laws, including ones forcing women to wear headscarves. Additionally, he called for the shuttering of all refugee camps in Chechnya, and authorized the construction of a presidential palace on the grounds of destroyed downtown Grozny.

Head of the Chechen Republic

In early 2007, Russian President Vladimir Putin signed a decree to remove Alu Alkhanov as the Head of the Chechen Republic and have him replaced by Kadyrov. Subsequently, Kadyrov began building a vertical structure of power by assigning his family members to leading positions in his administration. In 2011, he was nominated to a second term by Russian President Dmitry Medvedev, and in 2016 was nominated to a third term. During his brutal and authoritarian rule, Kadyrov has enacted a plethora of human rights abuses, including but not limited to anti-gay purges and the systematic kidnapping, torture, and assassination of human rights activists and political dissidents. He also allegedly took part in Russian operations during the country's invasion of Ukraine in 2022.

As the Head of the Chechen Republic, Kadyrov has sought to project an image of machismo and extravagant wealth. He has often posed with guns and military regalia, and has shown off his opulent possessions including luxury sports cars, watches, and mansions. Kadyrov has enriched himself largely through the theft of Chechen federal subsidies; his family also receives money funneled in from the Russian Federation. 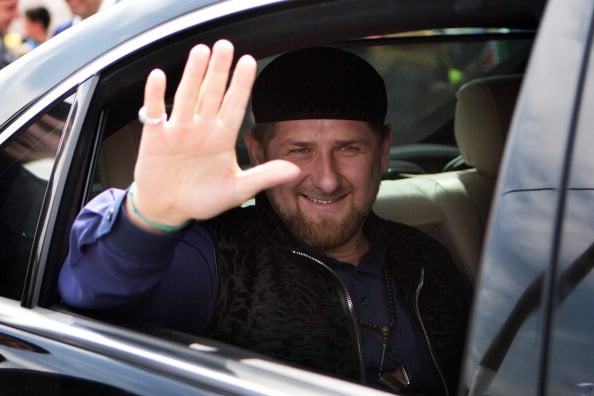 In October 2011, the non-profit Akhmad Kadyrov Fund threw Ramzan a lavish 35th birthday party. For the party, a number of major celebrities were paid very large appearance fees to attend. Celebrity attendees included Seal, Hilary Swank and Jean-Claude Van Damme. The celebrities, notably Swank, were roundly criticised for attending and accepting an appearance fee. Swank went on to apologize and reportedly donated her fee to a human rights charity. Some reported the attendance fee to be as much as $500k per celebrity but Swank called that amount "inaccurate."

Kadyrov married his wife Medni Musaevna, a fashion designer, in 1996. Together, they have 12 children, including Adam, Eli, Aishat, Khutmat, Khadizhat, and Ashura. A major proponent of polygamy in Muslim-majority Russian republics, Kadyrov reportedly has two other wives named Fatima Khazuyeva and Aminat Akhmadova. He reportedly met his second wife Fatima in 2006 when she was 14 and competing in a beauty pageant.

Kadyrov's hobbies include horse racing, boxing, and mixed martial arts. He is the owner of Fight Club Akhmat, founded in 2014 and named after his father. Kadyrov has gotten into trouble regarding his mixed martial arts connection, particularly due to a tournament he organized featuring underage children.

According to an investigative report published by OCCRP.org, Ramzan's second wife Fatima owns three apartments in Moscow worth a total of $5 million.

Ramzan is notable for his impressive collection of cars. His collection includes a $2 million Lamborghini Reventón, one of only 20 produced.