What is Pope Francis' Net Worth and Salary?

Pope Francis is the head of the Catholic Church, a position he has held since 2013. Pope Francis has a net worth of $100.

Notably, he is the first Jesuit pope, the first from the Americas, and the first from outside of Europe since Gregory III in the 8th century. Although he maintains many of the traditional ideological positions of the Church, he has also been more progressive about such issues as gender parity, LGBTQ rights, and the economy.

The Pope does not have a salary. He has taken a vow of poverty and lives a modest life. That is not the case for all priests. Cardinals at the Vatican can receive monthly salaries of roughly $4,700 to $5,900.

Pope Francis was born as Jorge Mario Bergoglio on December 17, 1936 in Buenos Aires, Argentina as the oldest of five children of Regina and Italian immigrant accountant Mario. For his education, he went to Wilfrid Barón de los Santos Ángeles in the sixth grade; he then went to the technical secondary school Escuela Técnica Industrial N 27 Hipólito Yrigoyen, from which he graduated as a chemical technician.

As a young adult, Bergoglio worked as a bar bouncer and swept floors as a janitor. After receiving his chemical technician's diploma, he spent a number of years working in the food section of the Hickethier-Bachmann Laboratory.

After recovering from a major illness that required the excision of part of his lung, Bergoglio was inspired to join the Society of Jesus in 1958. As a Jesuit novice, he studied in Santiago, Chile; he then officially became a Jesuit in 1960. Also that year, Bergoglio earned a licentiate in philosophy from the Colegio Máximo de San José. He went on to teach psychology and literature at the Colegio de la Immaculada Concepción and at the Colegio del Salvador.

In 1967, Bergoglio started his theological studies at Facultades de Filosofía y Teología de San Miguel. Two years after this, he was ordained to the priesthood and served as the master of novices at the school. From 1973 to 1979, Bergoglio was Argentina's Jesuit provincial superior. He later studied briefly at the Sankt Georgen Graduate School of Philosophy and Theology in Frankfurt, Germany, before returning to Argentina to become a spiritual director for the Córdoba Jesuit community. 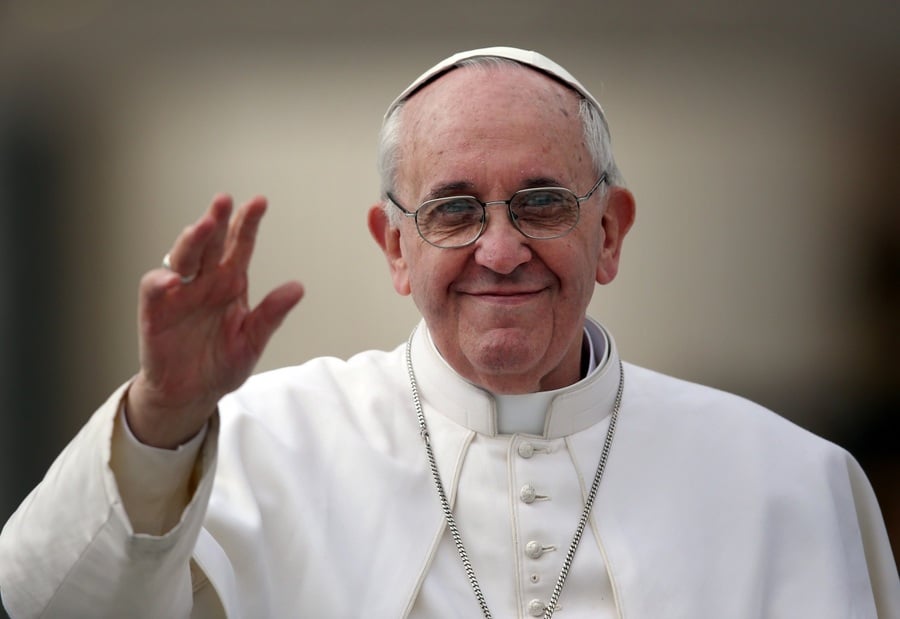 In 1992, Bergoglio was named Auxiliary Bishop of Buenos Aires; in 1997, he became coadjutor archbishop, and the year after that, became metropolitan archbishop upon the passing of Cardinal Antonio Quarracino. In 2005, Bergoglio was elected president of the Argentina Episcopal Conference; he was reelected three years later.

Bergoglio was created a cardinal in 2001 by Pope John Paul II. In this position, he developed a reputation for humility and social justice, as well as conservative doctrine. Significantly, Bergoglio led the Argentine Church during the December 2001 civil unrest in the country.

Following Pope Benedict XVI's resignation in February of 2013, Bergoglio was elected as head of the Catholic Church by a papal conclave. In honor of Saint Francis of Assisi, he chose the papal name Francis. In the process, he made history by becoming the first-ever Jesuit pope, as well as the first from the Americas and the first from the Southern Hemisphere. As the pope, Francis became known for his relatively less formal approach; notably, he declined to live in the official papal residence, instead staying in the Vatican guest house. He also became noted for his pronounced global visibility, his devotion to helping the poor, and his embracing of interfaith discourse.

Among the other significant aspects of his papacy, Francis maintains many of the traditional views of the Church pertaining to issues of clerical celibacy and the ordination of women; however, he has been more forward-thinking on other issues, including the possibility of deaconesses. Francis also believes that the Church should be more welcoming toward members of the LGBTQ community. He is a vocal opponent of unrestricted free market economics and the world's rising populist movements, and is also outspoken about addressing the threat of climate change. In terms of international diplomacy, Francis served an integral role in restoring relations between the US and Cuba, and also advocated on behalf of refugees during the migrant crises in Europe and Central America.

Pope Francis has not been without his controversies. One of the most significant pertained to his alleged role in Argentina's Dirty War, in which he was accused of being complicit in the kidnapping of Jesuit priests Franz Jalics and Orlando Yorio. However, a lawsuit filed by human rights attorney Myriam Bregman was ultimately dismissed. In other controversies, Francis clashed with the administration of Néstor and Cristina Fernández de Kirchner, who considered him a political adversary. More recently, Francis has been criticized by theological conservatives over various ideological disagreements.

As the pope, Francis has been uniquely present in the media. In 2016, he became the first pope to create an account on Instagram, and in 2020, became the first pope to write an op-ed for the New York Times. Francis also released a progressive rock album called "Wake Up! Music Album with His Words and Prayers" in 2015; it consists of speeches by Francis accompanied by hymns and prayers from a variety of Italian artists.

Francis has also been the subject of many films. In 2015, there were two biographical dramas made about his life, the Italian film "Call Me Francesco" and the Argentine film Francis: Pray for Me." Later, in 2018, Jonathan Pryce earned an Academy Award nomination for Best Actor for portraying Francis in "The Two Popes." Beyond these fiction films, Francis has appeared in the documentaries "Pope Francis: A Man of His Word," directed by Wim Wenders, and "Francesco," directed by Evgeny Afineevsky. 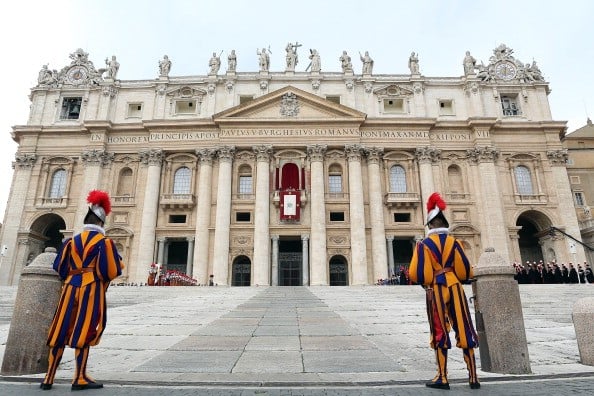 Where Does The Pope Live?

Perhaps obviously, the Pope's primary residence is located within the Vatican in Rome. More specifically, the Pope lives in the Papal apartments within the Palace of the Vatican, which is technicaly a country inside the nation of Italy comprised of 108.7 acres of land. The Papal apartments are comprised of ten large rooms including a vestibule, the pope's private study, the pope's bedroom in the corner of the building, the library, a dining room, a small living room, a private chapel, a kitchen, a medical suite (which includes dental equipment and equipment for emergency surgery), and a small studio office for the papal secretary. The custom is to renovate the Papal Apartments with each new pope, according to the preferences of the new pontiff.

The Pope also has access to a summer residence situated on the site of the ancient city of Alba Longa called Castel Gandolfo. 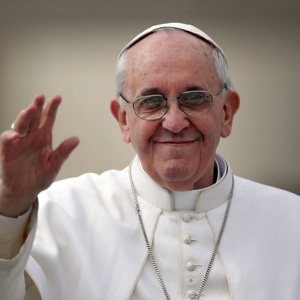