Pervez Musharraf net worth: Pervez Musharraf is a Pakistani politician and retired army general who has a net worth of $2 million. Pervez Musharraf was born in Delhi, Punjab Province, British India in August 1943. He was a four-star general in the Pakistan Army and was the 10th President of Pakistan.

Musharraf is a member of the All Pakistan Muslim League party. From 1998 to 2007 he served as Chief of Army Staff. Musharraf was the Chairman of the Joint Chiefs of Staff Committee from 1998 to 2001. From 1999 to 2002 he served as the Minister of Defense and the Chief Executive of Pakistan. Musharraf served as the President of Pakistan from June 2001 to August 2008. He retired from the army in 2007 and his military career helped play an active role in settling the violent civil war in Afghanistan. Musharraf became a key player in the war on terror when he appointed Shaukat Aziz in place of Prime Minister Sharif. Musharraf has been praised for helping the emergence of a more assertive middle class but criticized for disregarding civilian institutions which weakened the state of Pakistan. 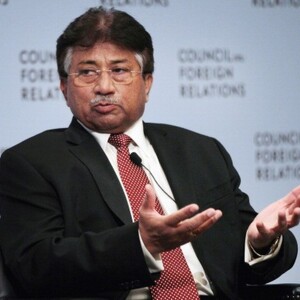