Pedro Passos Coelho New Worth: Pedro Passos Coelho is a Portuguese politician who has a net worth of $600 thousand. Pedro (Manuel Mamede) Passos Coelho was born July 24, 1964 in Coimbra, Portugal. He is the 118th Prime Minister of Portugal, taking office in 2011. He is also leader of the Social Democratic Party (PSD). Passos Coelho started very early in politics, becoming the national leader of the youth branch of the PSD. His calling seemed to be toward politics. He was a Lisbon deputy to the Assembly of the Republic in the VI and VII Legislatures (1991–1999); joined the Parliamentary Assembly of NATO (1991–1995); was vice chairman of the Parliamentary Group of the PSD (1996–1999). In 1997, he ran for mayor of Amadora without success, but was elected municipal councillor (1997–2001). He was a member of the parliament from 1991 to 1999 and offered, by law, a life pension; however, he declined. Passos Coelho's political program was considered the most liberal ever adopted by the PSD and included a resolute intention to accomplish the European Union/IMF-led rescue plan for Portugal's sovereign debt crisis. His coalition partner Paulo Portas of CDS-PP expressed publicly his disapproval for some of Passos Coelho's proposals. Passos Coelho entered office as a renowned social conservative, who opposed abortion, except for extreme cases, euthanasia and same-sex marriage; supporting same-sex civil unions instead. Some facets of the previous cabinets, led by former Prime Minister José Sócrates, were criticized by Passos Coelho. 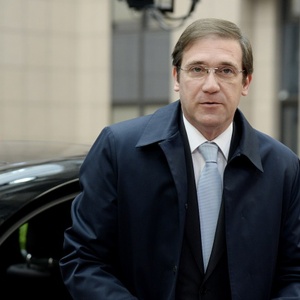