Ollanta Humala Net Worth: Ollanta Humala is a Peruvian politician who has a net worth of $1 million. Ollanta Moisés Humala Tasso (better known as Ollanta Humala) was born June 27, 1962 in Lima, Peru. Humala has been President of Peru since 2011. As a former army officer, Humala previously lost the 2006 presidential election.

Ollanta Humala is the son of Isaac Humala, an ethnic Quechua indigenous lawyer, member of the Communist Party of Peru-Red Fatherland and ideological leader of the Ethnocacerista movement. Humala is the brother of Antauro Humala, now serving a 25-year prison sentence for kidnapping 17 Police officers for 3 days and killing 4 of them. Humala is also the brother of Professor Ulises Humala. Within the military, Ollanta Humala achieved the rank of Lieutenant Colonel; in 1992 he fought in the internal conflict against the Shining Path and three years later participated in the Cenepa War against Ecuador. In October 2000, Humala led an unsuccessful military revolt with 39 soldiers in the southern city of Tacna against President Alberto Fujimori; he was later pardoned by the Peruvian Congress after the downfall of the Fujimori regime. In 2005, he founded the Peruvian Nationalist Party and registered to run in the 2006 presidential election. He passed the first round of the elections, held on April 9, 2006, with 30.62% of the valid votes. A runoff was held on June 4th between Humala and Alan García of the Peruvian Aprista Party and Humala lost this round with 47.47% of the valid votes versus 52.62% for García. After his defeat, Humala remained an important figure within Peruvian politics. 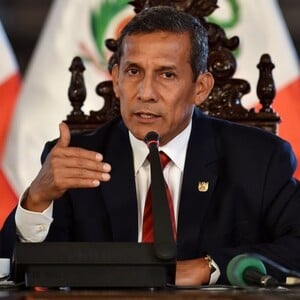