Kirchner Wealth: When Nestor first came to power in 2003, he and wife Cristina Kirchner reported a total net worth of $3 million. By 2009 their combined net worth had increased to $14 million. According to their 2009 financial disclosure they owned 28 properties valued at $4 million USD and bank deposits of $8 million. By 2013, after Nestor's death, Cristina reported a personal net worth of $82 million. The couple has been accused of buying land at rock-bottom prices and building a series of hotels and tourism complexes using their political power. One of their hotels, the Hotesur in El Calafate, has been investigated for failing to pay taxes. Cristina has been accused of operating "ghost hotels" used to launder money. No official wrongdoing has ever been discovered by investigators. 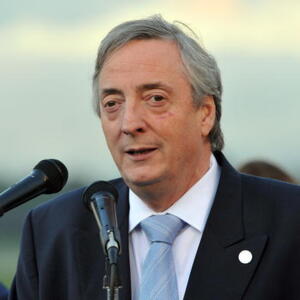