What is Nayib Bukele's Net Worth?

Nayib Bukele is an El Salvadoran politician who has a net worth of $500 thousand. Nayib Bukele was elected president of El Salvador in 2019. Prior to this, he served as mayor of Nuevo Cuscatlán and San Salvador. Although he has consistently received high approval ratings from Salvadorans, Bukele has also been heavily criticized for his authoritarian mode of government, including his excessive use of intimidation via his employment of the police and military.

Nayib Bukele was born as Nayib Armando Bukele Ortez on July 24, 1981 in San Salvador, El Salvador to Muslim father Armando and Christian mother Olga. He is of Palestinian descent on his father's side. As a young adult, Bukele went to Central American University, where he studied law. Eventually, he dropped out to found his first company. Bukele owned Yamaha Motors El Salvador for a period of time.

Bukele began his political career when he was elected mayor of the municipality Nuevo Cuscatlán in 2012. During his tenure, he provided all adults over 55 in the city with a monthly package covering essential nutritional needs. Additionally, he offered scholarships to all students with GPAs over 3.5 to attend any university in the country. Also significant was that the homicide rate in Nuevo Cuscatlán decreased during Bukele's three-year term. In 2015, Bukele became mayor of San Salvador, beating businessman Edwin Zamora. Among the highlights of this tenure was Bukele's modernization of the city's infrastructure, including the expansion of roads and the rebuilding of telecommunication lines.

In 2017, Bukele was expelled from the Farabundo Martí National Liberation Front, one of El Salvador's major political parties. This was in response to accusations that he was sowing internal division within the party, assaulting fellow members, and performing various other calumnious actions. Following this expulsion, Bukele decided to run for president as an independent, emphasizing his dissent from the dominant political system. To do this, he created the political party Nuevas Ideas; however, the Supreme Electoral Court ultimately ended the party. Bukele subsequently joined the center-right Grand Alliance for National Unity party. He went on to win the presidential election in 2019, becoming the first Salvadoran candidate since the 80s to win the presidency without representing one of the country's two major parties. 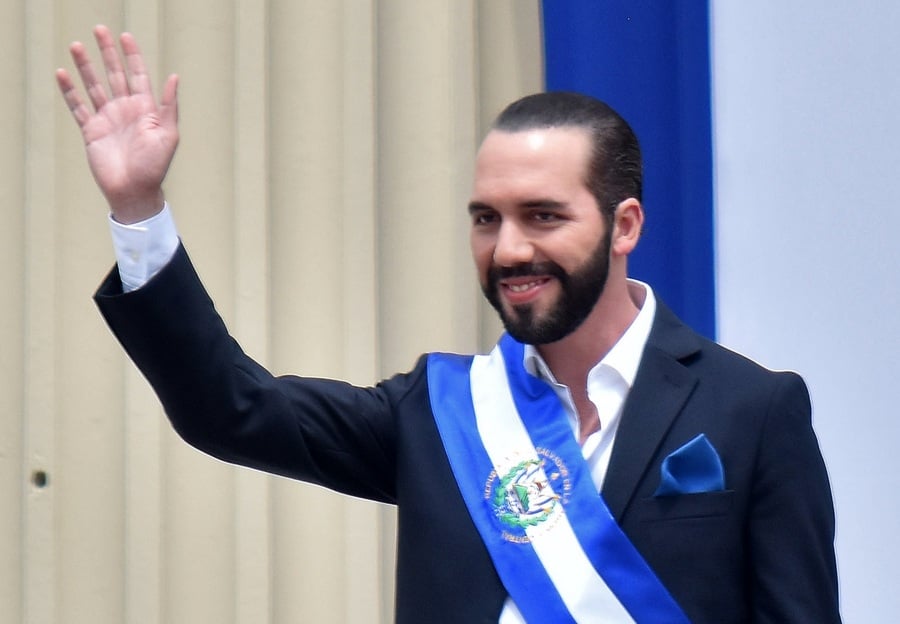 Shortly after taking office in June of 2019, Bukele announced a plan to increase policing in parts of El Salvador to combat the nation's high crime rates. This involved the employment of both the National Civil Police and the Armed Forces of El Salvador, both of which he equipped with updated firearms and ammunition. While Bukele boasted about the dramatic fall in homicides following these actions, other entities, including the United States, have alleged that he reduced the crime rate instead by negotiating with the powerful criminal gang Mara Salvatrucha. To further combat crime, Bukele established the International Commission Against Impunity in El Salvador, as well as an anti-corruption unit within the National Civil Police. In early 2020, Bukele attracted backlash for sending soldiers into the Legislative Assembly to intimidate lawmakers to pass a bill funding equipment for armed forces. He was further criticized the next year when he spearheaded the move to fire the attorney general and five Supreme Court judges, a move seen as a self-coup.

In late 2021, the Supreme Court overturned a 2014 ruling that required presidents to wait ten years before being able to run again; as a result, Bukele would be allowed to run for reelection in 2024. This ruling was heavily protested as a harbinger of a transition toward dictatorship. Also criticized was Bukele's introduction of the Foreign Agents Law, which many saw as a means of censoring the press. Human Rights Watch has made many notes on the violations of Bukele's government; the organization has reported on arbitrary arrests, police abuse, and other inhumane treatment.

Beyond human rights abuses, Bukele drew controversy when he announced his nation's adoption of the cryptocurrency bitcoin as legal tender, making El Salvador the first country to do so. However, the price of bitcoin fell substantially over the subsequent months, costing the national treasury around $22 million in reserves and sending El Salvador into the deepest sovereign debt in the world.

Bukele is a right-wing populist and autocrat. He is opposed to abortion in all contexts, including in cases of incest and rape. He also opposes LGBTQ rights and immigrant rights.

In December of 2014, Bukele married educator and prenatal psychologist Gabriela Rodríguez; together, they had a child in 2019 during Bukele's early presidential tenure. 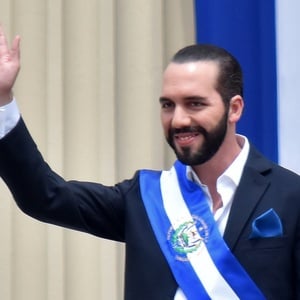