Nawaz Sharif net worth: Nawaz Sharif is Pakistani politician who has a net worth of $1.6 billion. He served three non-consecutive terms as Prime Minister of Pakistan.

Nawaz Sharif was born in Lahore, Punjab, Pakistan in December 1949. He served as the 18th and Prime Minister of Pakistan, starting in June 2013. Sharif has been associated with the Pakistan Muslim League-Nawaz party since 1993. In 2011 he became the leader of the Pakistan Muslim League. Sharif served as Chief Minister of Punjab from 1985 to 1990. From 1993 to 1996 he served as the Leader of the Opposition. Sharif was the acting Minister of Finance from 1993 to 1998. In 2013 he served as Minister of Defense before being elected Prime Minister. He is also an owner of the Ittefaq Group which is a leading business conglomerate. Sharif is one of the richest people in Pakistan and is known as the "Lion of the Punjab". His third term in office started in 2013. 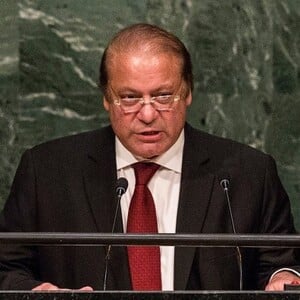