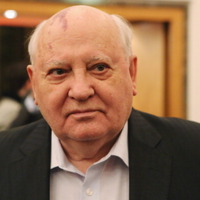 What was Mikhail Gorbachev's Net Worth and Salary?

Mikhail Gorbachev was a Soviet former statesman who had a net worth of $5 million at the time of his death in August 2022. Mikhail Gorbachev died on August 30, 2022 at the age of 91. Mikhail Gorbachev served as the final leader of the Soviet Union from 1985 to 1991. Gorbachev served as General Secretary of the Community Party of the Soviet Union from 1985 until 1991. He was the country's head of state from 1988 until 1991. His official titles were Chairman of the Presidium of the Supreme Soviet (1988-1989), Chairman of the Supreme Soviet (1989-1990), and President of the Soviet Union (1990-1991). Although he originally embraced Marxist-Leninist ideals, he eventually led a number of democratic reforms that increased freedoms in the Soviet Union, and played a critical role in bringing an end to the Cold War. Following his resignation in 1991, Gorbachev created his own foundation. Gorbachev has been awarded the Novel Peace Prize, Otto Hahn Peace Medal, and Harvey Prize. In 2008 he formed the Independent Democratic Party of Russia with Alexander Lebedev.

Mikhail Gorbachev was born on March 2, 1931 in Privolnoye, Stavropol Krai, Soviet Union to poor peasant parents Sergey and Maria. He had a younger brother named Aleksandr who was born in 1947. When Gorbachev was three years old, he moved to the collective farm formed by his maternal grandparents. During Stalin's Great Purge, Gorbachev's maternal and paternal grandfathers were arrested and placed in labor camps. His father joined the Red Army during World War II. After the war, Gorbachev joined the Soviet political youth organization Komsomol, becoming the leader of his local group. In the latter half of the 40s, he helped his father operate combine harvesters on the collective farm.

In 1950, Gorbachev became a candidate member of the Communist Party, and enrolled at Moscow State University to study law. Two years later, he became a full Communist Party member. Gorbachev graduated from MSU in 1955.

Following his college graduation, Gorbachev moved to the Stavropol region and began work at the procurator's office. However, unhappy with the job, he left to take work for Komsomol, becoming deputy director of the organization's regional propaganda department. After Stalin died in 1953 and was replaced by Nikita Khrushchev, Gorbachev became a key proponent of Khrushchev's de-Stalinization reforms. With his star rising in the local administration, Gorbachev was promoted to First Secretary of Komsomol in Stavropol. Soon after that, he became deputy head of the Komsomol in the whole region, and then First Secretary.

Gorbachev attained a new level of authority in 1970 when he was appointed First Party Secretary of the Stavropol Regional Committee. Due to this, he also automatically became a member of the Central Committee of the Soviet Union's Communist Party. In his position as regional leader of Stavropol, Gorbachev oversaw the construction of the Great Stavropol Canal, which expanded irrigation systems in the region. Gorbachev returned to Moscow in 1978 after being appointed Secretary of the Central Committee. 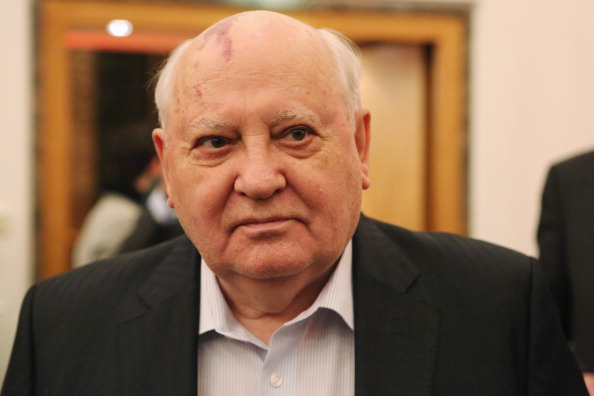 Leader of the Soviet Union

Three years after the death of Soviet leader Leonid Brezhnev, and following the brief reigns of Yuri Andropov and Konstantin Chernenko, Gorbachev became the General Secretary of the Soviet Union's Communist Party, making him the de factor leader of the Soviet Union. Despite initially endorsing Marxist-Leninist ideals during his early years as leader, Gorbachev eventually came around to embracing democratic reforms; this shift in perspective was largely catalyzed by the Chernobyl disaster in 1986. Domestically, he established a policy of openness that fostered increased freedom of speech, press, and religion. Gorbachev's democratization initiatives also included the decentralization of economic processes and the formation of the Congress of People's Deputies. These and other efforts helped to undercut the one-party Soviet state.

Among his other notable actions as Soviet leader, Gorbachev withdrew from the Soviet-Afghan War, and sought to strengthen diplomatic relations with Western European countries. He also made significant advances in the Soviet Union's relationship with the United States, hold a number of summits and signing a treaty with Ronald Reagan that limited nuclear weapons. When various Eastern Bloc nations abandoned their Marxist-Leninist form of governance in the late 80s and early 90s, Gorbachev was notable for resisting military intervention. Due to his actions, Marxist-Leninist hardliners launched a coup against Gorbachev in 1991; ultimately, it was unsuccessful.

In the wake of the August Coup in 1991, all Communist Party activity was suspended indefinitely, terminating Communist rule in the Soviet Union. At the end of the year, Gorbachev gave a speech in front of the Kremlin announcing his resignation as President of the Union of Soviet Socialist Republics. The Soviet Union was officially voted out of existence the following day, and ceased to exist as of midnight on New Year's Day.

In early 1992, less than a year after resigning as president, Gorbachev founded his own foundation to focus on the study of socioeconomics and politics, with a focus on researching the history of perestroika. Additionally, the foundation monitored and commented on post-Soviet life in Russia. Gorbachev gave lectures around the world to finance his foundation, and also appeared in various television and print advertisements. In 1993, he established the environmentalist organization Green Cross International, and in 1995 launched the World Summit of Nobel Peace Laureates. The year after that, enraged by the actions of current president Boris Yeltsin, Gorbachev decided to run for president; he ultimately came in seventh in the election.

Gorbachev helped to establish the Russian United Social Democratic Party in 2000, the same year that Vladimir Putin became the new president. Although he initially supported Putin, Gorbachev eventually denounced him, especially after Putin had the 2011 parliamentary elections rigged in his favor.

While attending Moscow State University, Gorbachev met fellow student Raisa Titarenko. Although she was engaged to another man, her engagement was eventually called off, and she and Gorbachev began a romantic relationship. The two married in 1953. Titarenko subsequently found that she was pregnant, but had to have an abortion to save her life when she became ill. The couple later had a daughter named Irina. In 1999, Titarenko passed away from leukemia.

Famously, Gorbachev has a distinctive port-wine stain on his forehead. He rarely drinks, never smokes, and does not womanize, making him quite unlike other former Soviet officials.