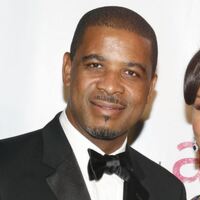 Michael Misick net worth: Michael Misick is the former President of Turks and Caicos who has a net worth of $180 million dollars. Born in Bottle Creek, North Caicos, Michael Misick graduated from the University of Buckingham, and became a Barristar at Law of England and Wales. After working as a sales manager and managing director for a number of private firms, including Prestigious Properties, Inc., throughout the early to mid-80s, he became CEO of Paramount Group from 1989 to 1991. In 1991, he became the Minister of Tourism, Transportation, and Communications for the Turks and Caicos Islands. In 2003, he became the Chief Minister of the Turks and Caicos Islands. He became more widely recognized after marrying actress LisaRaye McCoy in 2006. In 2008, he was accused of sexually assaulting a tourist, and his government was investigated for signs of corruption. He and his wife also divorced. Since then, he has resigned, and most recently, a warrant was issued for his arrest. On December 7th, 2012, Michael Misick was arrested in Rio de Janeiro Brazil after fleeing Turks and Caicos amid allegations that he stole $180 million from the Caribbean Island he once controlled.