Meles Zenawi net worth: Meles Zenawi was an Ethiopian politician and businessman who had a net worth of $3 billion. Meles Zenawi is the former Prime Minister of Ethiopia. Before becoming a prime minister of his native country, Zenawi was the president Ethiopia in the nineties (from 1991-1995). He was also the chairman of Tigrayan People's Liberation Front (TPLF) and the head of Ethiopian People's Revolutionary Democratic Front (EPRDF) during the eighties.

Taking the position of Prime Minister of Ethiopia from 1995 (until his death in August 2012), Zenawi was hailed as one Africa's strongmen, introducing a multi- party political system, private press in the country and reducing child mortality rates. He was also heavily involved in the US' War on Terror, helping to eliminate military organisations such as Al Qaeda. Furthermore, Zenawi received praised for his work towards a stable relationship with the African Union, playing an important role in improving continent's position on climate change. However his leadership came under serious attack, as he was accused of abusing a string of human rights issues and repressing the freedom of press/speech. Following a brain tumour operation in Brussels, Zenawi died contracting an infection on August 2012. He was 57. Barack Obama said that Zenawi 'deserves the recognition for his lifelong contribution to Ethiopia's development, particularly to the poor. 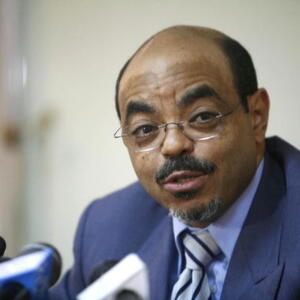