Born in Gah, Punjab, British India on September 26, 1932, Singh is the thirteenth Prime Minister of the country of India. He is the first Sikh to maintain office. He attended Hindu College, Panjab University, Chandigargh, and Hoshiarpur, Punjab where he obtained his bachelor's and master's degrees. Singh received his economics doctorate from Oxford and worked for the United Nations between 1966 and 1969. He was an advisor for the Ministry of Foreign Trade and attained several significant roles for the Government of India. He was elected Finance Minister to Narasimha Rao during the economic crisis of 1991 and played a key role in the liberalization of India's economy. He became Prime Minister of India on May 22, 2004 and served until May 26, 2014.

Wealth Disclosure: According to his 2012 wealth disclosure Singh's assets at the time were worth 10.73 crore which was equivalent to roughly $1.5 million in 2012. The majority of his wealth was attributed to two apartments.

He is married to Gursharan Kaur and has three children by the names of Upinder, Daman, and Amrit. All three of his children are scholars. Singh has a heart condition, which has forced him to undergo cardiac bypass surgery several times. 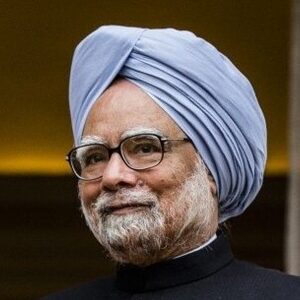