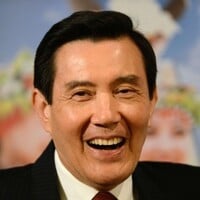 Ma Ying-jeou Net Worth: Ma Ying-jeou is a Taiwanese politician who has a net worth of $3 million. Ma Ying-jeou was born in Kowloon, British Hong Kong in July 1950. He is the current President of the Republic of China which is commonly known as Taiwan. Ma graduated from National Taiwan University, earned his masters at New York University Law School and his Doctor of Juridical Science at Harvard Law School. He worked on Wall Street before returning to Taiwan to work for President Chiang Ching-kuo. Ying-jeou served for the Republic of China Navy Military logistics from 1972 to 1974. He is a member of the Kuomintang political party. From July 1988 to June 1991 he served as Minister of the Research, Development and Evaluation Commission of the Executive Yuan. Ma next served as Deputy Minister of the Mainland Affairs Council of the Executive Yuan from June 1991 to February 1993. From February 1993 to June 1996 he was the Minister of Justice for the Republic of China. Ma served as a Minister without Portfolio from June 1996 to May 1997. From December 1998 to December 2006 he was the Mayo of Taipei. He has served as Chairman of the Kuomintang from July 2005 to February 2007, and then again starting in October 2009. Ying-jeou became the President of the Republic of China in May 2008 succeeding Chen Shui-bian. Ma was re-elected President in 2012. He is married to Christine Chow and they have two daughters together.