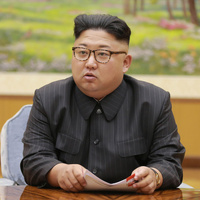 What is Kim Jong-un's Net Worth?

Kim Jong-un is the supreme leader of North Korea who has a net worth of $5 billion. Although less is known about Kim Jong-un compared to other political leaders around the world, he has nonetheless received considerable attention from the media. Kim Jong-un holds many titles in North Korea, including Marshal and Chairman of the Central Military Commission, Chairman of the State of Affairs Commission, and overall commander in chief. In North Korean media, he is often referred to as "Dear Leader."

As the leader of North Korea, Kim Jong-un has been at the forefront of countless controversies due to alleged crimes committed by his nation, such as torture, abductions, internment in prison camps, and many others.

In March 2013, a joint South Korean and American investigation found as much as $5 billion worth of assets and bank accounts controlled by Kim Jong-un and his family. These assets were found in more than 200 foreign bank accounts located throughout the world in countries including Austria, Lichtenstein, Russia, Singapore, China, Switzerland, and Luxembourg. Many of these accounts are located in China and reportedly contain hundreds of millions of dollars in cash.

According to reports, Kim has almost 20 palaces and mansions scattered around North Korea for his personal use. He is also said to own over 100 luxury cars, with a preference for European sports cars. In addition, Kim Jong-un owns at least one private jet and a luxury yacht that is more than 100 feet in length. As detailed by Dennis Rodman, Kim Jong-un spends much of his time on a private island off the coast of North Korea.

It is unknown when Kim Jong-un was born, although North Korea's official position is that his birthday is on January 8th of 1982. Many have pointed out that this birthday seems a little too "perfect" to be true, as that would mean he was born exactly 70 years after his grandfather and exactly 40 years after his father. His father was Kim Jong-il, who was the previous leader of North Korea. Kim Jong-un's grandfather was Kim Il-sung, the man who first established the People's Democratic Republic of Korea, which today is mainly referred to as North Korea.

Kim Jong-un was raised alongside an older brother and a younger sister, and his father also had other children with different women. Along with the rest of Kim Jong-il's children, Kim Jong-un was raised in Switzerland. He attended school under a false name and was reported as being shy, although he integrated well with other students and displayed a passion for basketball. By the year 2000, he had been pulled out of secondary school to return to North Korea.

Once back home, Kim Jong-un attended Kim Il-sung University, an officer training school in the capital of Pyongyang. Kim Jong-un obtained two degrees before he graduated in 2007: one in physics and another as an Army officer through the military branch of the school. In 2010, he was publically introduced to the North Korean people and his identity was fully revealed. This was also the year when he officially became a member of the Worker's Party of North Korea. 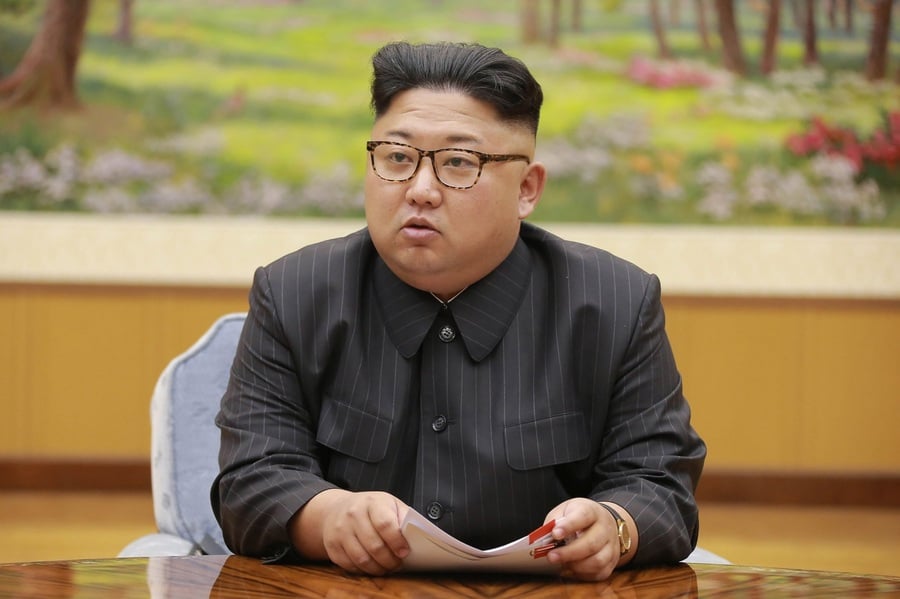 At first, no one expected Kim Jong-un to become the new leader of North Korea. His older brother, Kim Jong-nam, was the clear choice before he was caught trying to enter Japan with a forged passport. He allegedly wanted to visit Disneyland in Tokyo. After Kim Jong-nam embarrassed the North Korean regime with this act, Kim Jong-un seemed to become the new favorite to replace his father as leader of the nation. However, Kim Jong-nam would later state that in his opinion, he was overlooked and later exiled because he was critical of the regime and advocated for reform. Kim Jong-un was also seen as a carbon copy of his father, with many of the same attributes and tastes.

In 2009, Kim Jong-un officially became the next in line to succeed Kim Jong-il as Supreme Leader of North Korea. Later, he was elevated through the ranks of the Workers' Party of Korea, eventually becoming the equivalent of a four-star general in 2010. By 2011, the regime was rounding up potential rivals to Kim Jong-un's succession and either executing them or putting them in internment camps.

When Kim Jong-il died in December of 2011, Kim Jong-un was publically declared Supreme Leader only a few days later, despite theories that other high-ranking officials would act as regents before power was handed over. In 2012, he was elevated to the rank of marshal – the highest rank in the North Korean military. Theoretically, Kim Jong-un only holds one-third of the power typically held by a nation's president, as the Premier and Parliament President in North Korea also hold sway. In practice, however, Kim Jong-un has ultimate power over the nation.

Since becoming the leader of North Korea, King Jong-un reformed the nation in many notable ways. There were, although subtle, increased Western influences in the nation's culture. He also showed a more carefree approach to his public image, showing off his wife at a musical concert and expressing deep regret when an apartment building collapsed during his reign. Economic reform has also been a hallmark of Kim Jong-un's reign, with a significant loosening of restrictions. In terms of infrastructure, Kim Jong-un has focused more on building skating rinks, parks, and pools rather than political monuments, which was previously the status quo.

However, there is a dark side to Kim's rule. He has systematically executed members of Jang Song-taek's (a former high-ranking North Korean figure) family, perceiving them to be a threat to his power. Allegedly, Kim Jong-un wishes to eradicate all traces of the family and anyone who has a history of supporting them.

Although former President Trump and Kim Jong-un had a relationship that is unprecedented in terms of its warmth, the North Korean leader was the subject of harsh criticism from Trump after a student from the USA died while imprisoned in North Korea. Another point of contention is North Korea's development of nuclear weapons.

By 2018, Kim Jong-un was taking even further unprecedented steps, meeting in person with South Korean and Chinese leaders, as well as with President Trump. In the following years, the North Korean leader met with Russian President Vladamir Putin. As a result of these meetings, he pledged to disarm North Korea's nuclear arsenal and pursue peace with other nations. In many cases, this was the first time leaders from various nations had personally met with a North Korean Supreme Leader.