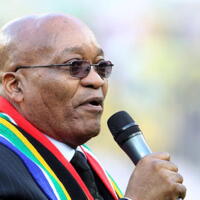 What is Jacob Zuma's Net Worth?

Jacob Zuma is a South African politician who has a net worth of $20 million. Jacob Zuma served as President of South Africa from 2009 to 2018. Zuma was also the president of his political party, the African National Congress. From 1999 until 2005, Zuma worked as the Deputy President of South Africa. In his early years, Zuma joined the African National Congress, which was later banned by the country's government. He was arrested and convicted of conspiring to overthrow the government and was sent to serve ten years behind bars on Robben Island. One of his fellow inmates at the time was Nelson Mandela.

Jacob Zuma's political legacy has been marred with controversy. In 2005, he was charged and later acquitted of rape, and in 2009, the National Prosecuting Authority opted to drop charges against him for corruption and racketeering. Those allegations stemmed from the conviction of his financial advisor on charges of fraud and corruption.

Government agents would later allege that tens of billions of dollars of state money was siphoned away during his tenure.

Jacob was arrested in June 2021 to begin serving a 15-month sentence.

Jacob Zuma was born on April 12, 1942 in Nkandla, Natal Province in South Africa. His father, Nobhekisisa, was a policeman while his mother, Geinamazwi, was a domestic worker. His father unfortunately died when Zuma was five years old. He was raised with three brothers and one sister. The family moved often when Zuma was young and Zuma received no formal education. He did become interested in politics from an early age and began engaging in anti-apartheid activities, joining the African National Congress (ANC) in 1959 when he was 17 years old.

He was associated with a number of other anti-apartheid groups and movements after the ANC was banned in the country until he was thrown in jail in 1962 for conspiring to overthrow the apartheid government. He was sentenced to ten years imprisonment which he served on Robben Island with Nelson Mandela. 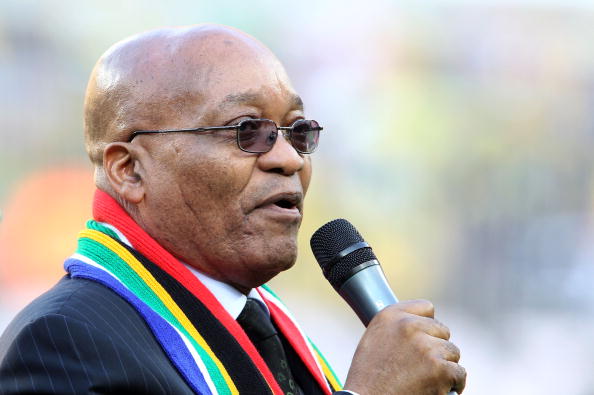 After the ANC was unbanned in South Africa in February of 1990, Zuma was one of the first ANC leaders to return to the country. In the 1994 presidential election, the ANC rose to power and Nelson Mandela was elected president. Zuma became the Member of the Executive Council for Economic Affairs in Tourism in his home province of KwaZulu-Natal.

Zuma soon came under fire for corrupt practices. Though he was re-elected in the 2004 general election, President Mbeki removed Zuma from his post following corruption charges. However, the High Court in South Africa ultimately dismissed the charges against him. Soon afterward, Zuma was charged with raping a 31-year-old woman. Zuma admitted to having consensual unprotected sex with the woman, despite knowing that she was HIV positive. Zuma was ultimately acquitted of the rape charges in October of 2008.

Despite all the controversy, Zuma remained a popular figure in South Africa. Some of his supporters expressed the view that his dismissal from public office and the charges against him had been the result of a political conspiracy. His supporters often rallied outside of courthouses where Zuma was on trial and remained fiercely supportive of him.

Their support was so strong that Zuma was elected president of the ANC in December of 2007, before even having been acquitted of the rape charges brought against him. However, only a week later, more charges were served against Zuma, this time for fraud, corruption, and racketeering. However, a judge determined the charges were unlawful on a technicality and Zuma was allowed to run for president of the country

The ANC party did win the national election in 2009, making Zuma president of South Africa. Upon taking office, he established the National Planning Commission that was tasked with helping South African through its first recession since the end of apartheid. However, critics have said that Zuma's presidency ultimately contributed to South Africa's debt burden as many of his economic policies were not implemented correctly. Others also say that Zuma's administration was highly corrupt, further contributing to South Africa's financial stress.

However, Zuma's presidency has been praised for its HIV/AIDS policy, following several decades of denialism in the country. He also announced that higher education would be free for students who came from families earning less than a certain income.

Despite some positives, Zuma became increasingly less popular throughout his first term in office. There was even an "Anyone but Zuma" campaign leading up to the presidential election of 2012. However, Zuma did win the reelection. His second term in office was full of controversy however, as there was an ongoing investigation into how state funds had been used to make various upgrades to his private home. Other allegations of corruption ultimately led to the end of Zuma's time in office. He officially resigned in February of 2018. However, the various charges against him were not all dropped and he was in and out of courtrooms for the next several years and was sentenced to 15 months of imprisonment in 2021.

Zuma is a known polygamist in line with traditional Zulu culture. He has been married six times and it is estimated that he has around 20 children. There has been some controversy in South Africa as to whether the state is sponsoring all of Zuma's wives and children, though a spokesperson for Zuma has stated that it does not. In addition to his six wives, Zuma has also been engaged to a few other women, including Princess Sebentile Dlamini, who is a neice of the Swazi King Mswati III. He was also engaged to Nonkanyiso Conco, a cast member on "Real Housewives of Durban."

While polygamy is part of Zulu culture, Zuma has gotten into some trouble in South Africa for being unfaithful to his wives and having children out of wedlock. Opposition parties in South Africa have said such conduct undermines the government's HIV/AIDS prevention program which promotes marriage fidelity. The Congress of the People Party have accused Zuma of using African cultural practices of polygamy to justify his own promiscuity. Zuma has since apologized for his actions.

Zuma is currently married to four of his wives: