Islam Karimov Net Worth: Islam Karimov is the first and only President of the Central Asian Republic of Uzbekistan who has a net worth of $1 billion. He was born on January 30, 1938 in Samarkand to a Tajik mother and Uzbek father. Initially, he attended public schools and then he proceeded to the Central Asian Polytechnic College earning a degree in Engineering.

He also received an Economics degree from the Tashkent Institute of National Economy and later became one of the members of the Academy of Sciences. Between 1961 and 1966 he was working as an aircraft engineer and a chief specialist in the State planning office. Later on, he became the first deputy chairman of the State planning office. In 1989 he became the Communist party of the Soviet union party First secretary. Islam became Uzbek Soviet Socialist Republic's President in 1990 and a year later declared the republic and independent nation. On 29th December 2009 the country held the first presidential election where he won 86% of the votes .The election was alleged to be unfair. In 1995 he got an extension of his term in office until 2000. He got re-elected to office in both the 2000 and 2007 elections that again were deemed arbitrary. He has been accused of dictatorship and suppression of political opposition. He has been held responsible of authorizing human rights abuses in Uzbekistan like the Andean Massacre in 2005. When it comes to his personal life, he is married to Tatyana Akbarova Karimova, an economist. They have two daughters, Gulnara Karimova and Lola Karimova –Tillyaeva, and three granddaughters. 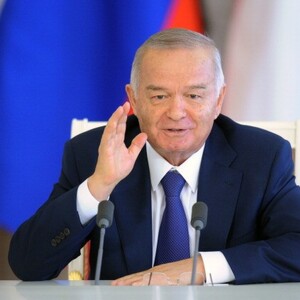