Hu Jintao net worth and salary: Hu Jintao is a Chinese politician who has a net worth of $800 thousand. Hu Jintao was born in Taizhou, Jiangsu, China in December 1942. He is the former paramount leader of China from 2002 to 2012. Jintao has also held the offices of General Secretary of the Communist Party, President of the People's Republic, and Chairman of the Central Military Commission.

He has also been Party secretary for Guizhou province and the Tibet Autonomous Region, as well as First secretary of the Central Secretariat and Vice-President, serving under Jiang Zemin. As General Secretary he was conservative and introduced state control in areas of the economy. His leadership helped included consistent economic growth and helped China be seen as a major world power. He used the Scientific Development Concept to build a society that was prosperous and free of social conflict. He advocated a peaceful development and kept a tight lid on protests and dissidence. He is a reserved leader and believes in consensus rule. He is said to have a photographic memory. Hu is married to Liu Yongqing and has two children. He retired in 2013 and was succeeded by Xi Jinping. 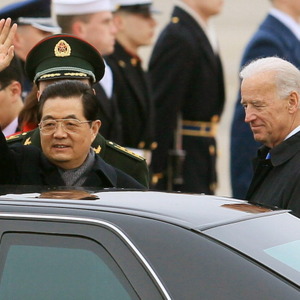