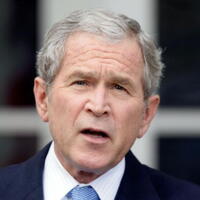 What is George W. Bush's net worth?

George W. Bush is an American politician, businessman, and author who has a net worth of $50 million. Although he is best known as the 43rd president of the United States, George W. Bush was involved in several business ventures prior to his political career. He was also involved in the military. He is the son of George H.W. Bush, who served as the 41st president of the United States. Because the two presidents have very similar names, the son is often referred to as Bush Junior. President Bush Junior is well known for launching the War on Terror after 9/11, as well as his handling of the 2008 recession.

Bush Junior was born on July 6th, 1946, in Connecticut. At the time, his father was studying at Yale. His mother, Barbara Bush, had been married to Bush Senior for a year. He was raised alongside four siblings, including Jeb Bush. Another sibling died of leukemia at age three. Political careers run in the Bush family, and Bush Junior's grandfather, Prescott Bush, was a Senator from Connecticut.

After attending prep schools, George W. Bush was sent to boarding school in Massachusetts. Although his academic record was fairly undistinguished, he did act as the head cheerleader. He then moved on to Yale, where he studied history, continued acting as a cheerleader, and made the starting squad for the rugby team. He also joined the Skull and Bones society in his final year. Bush Junior was an average student, and he was rejected by the University of Texas Law School. Harvard Business School accepted the future politician, however, and he managed to earn his MBA at this institution – a degree that no other U.S. president has acquired. 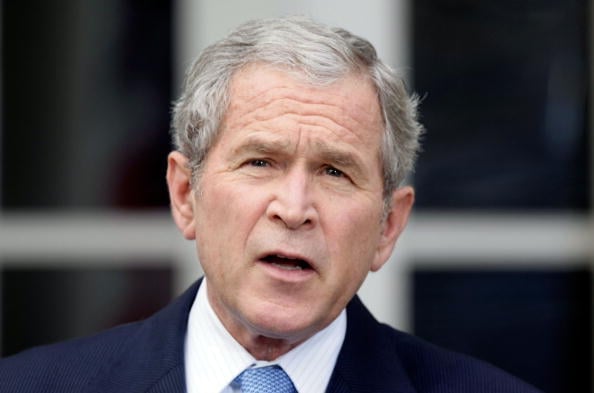 Prior to attending Harvard Business School, Bush Senior joined the Texas Air National Guard. This was during the Vietnam war era, although Bush Junior never saw active combat in this conflict. Instead, he logged a number of flight hours and drilled with the guard, later enjoying a promotion. After becoming involved in political pursuits, failing to attend drills, and missing scheduled physical exams, Bush Junior was honorably discharged.

After graduating from Harvard, Bush was ready to put his MBA to use. In 1977, the future president started Arbusto Energy, which later became Bush Exploration. Junior focused on the oil industry for the next few years, riding the ups and downs of oil prices and being accused of insider trading along the way. Over the next few years, Bush Junior was involved in oil companies like Spectrum 7, which later became HKN, inc. He acted as chairman and member of the board for these companies.

Perhaps Bush's most profitable investment was in the Texas Rangers baseball team. After investing $500,000 into the team and leading a group of other investors in purchasing the franchise for $89 million, Bush became the managing general partner. Junior was actively involved in the team's activities and attended many of the games – choosing to sit with the fans instead of being in a private box. Eventually, Bush Junior chose to sell his shares in 1998 for $15 million. This represented a massive profit, seeing as Bush had personally only invested $800,000 into the team. 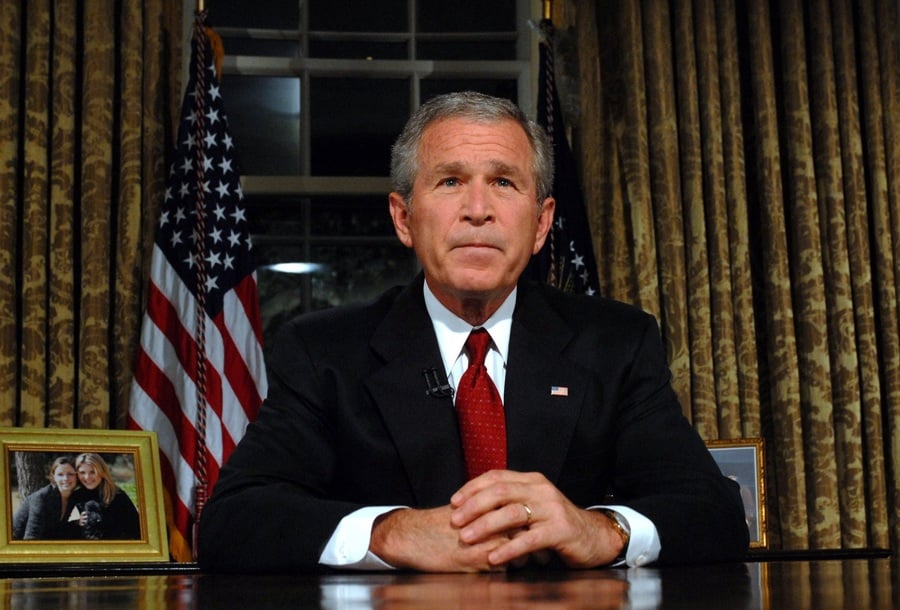 George W. Bush first became involved in politics in 1978, when he ran for the house of representatives in one of Texas' districts. Bush Junior lost with 46 percent of the vote. Ten years later, Bush Junior helped his father with his election campaign and traveled to Washington, D.C. Eventually, Junior would travel across the nation to help his father gain support. The situation played out again in 1991, and his father named him as a campaign advisor for his re-election campaign.

In 1994, George W. Bush ran for the governor of Texas. He won in 1995 with 53 percent of the vote. Highlights of his time as governor include allowing Texans to obtain a concealed weapon carry permit, $2 billion in tax cuts, and helping Texas become the nation's biggest provider of wind-generated electricity. By the year 2000, the media was assessing Bush Junior's potential to become the next president, and he sought the Republican presidential nomination not long after being re-elected as governor of Texas.

George W. Bush announced plans to expand the U.S. military and suggested he was more of a centrist compared to other conservatives. He also pledged to cut taxes. By July, he had selected Dick Cheney as his running mate, and not long afterward he had won the Republican nomination. Later that year, he defeated Al Gore in a close election. 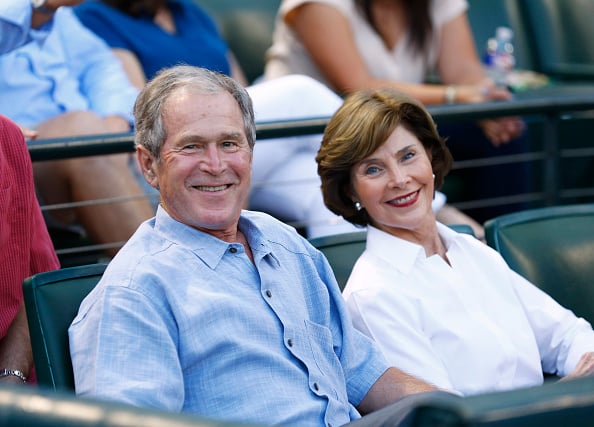 George W. Bush initially had ambitious plans for the United States' domestic policy, but these were soon derailed by the September 11th terrorist attacks. Soon afterward came wars in Iraq and Afghanistan, which became focal points of Bush Junior's presidency. These wars would prove an important and beneficial talking point in Bush Junior's successful re-election campaign. Although George W. Bush started strong in the eyes of the American people, his approval rates steadily dropped, hitting rock-bottom during the 2008 housing collapse and recession.

In 1977, George W. Bush met Laura Welch at a backyard barbecue. Later that year, they were married. In 1982, Laura gave birth to twin girls. After leaving the White House, George W. Bush became an avid painter. He is also interested in golf and baseball. 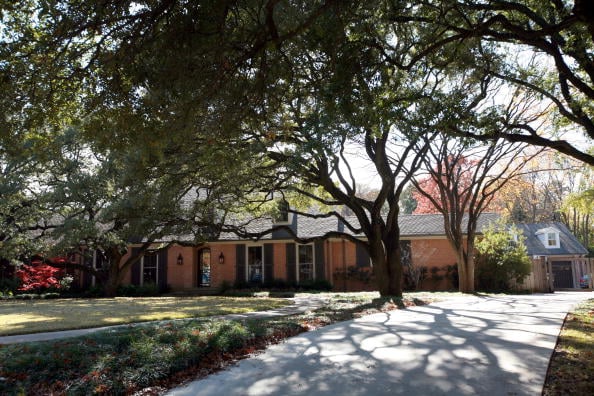 President George W. Bush's primary house is located in the north Dallas neighborhood of Preston Hollow. President George W. Bush and Mrs. Bush split their time between this home and their 1,500-acre ranch near Crawford, Texas. Their Dallas home sits on a cul-de-sac with little traffic that provides security for the former President.

A few of the nearby homes have been rumored to have also been purchased by the Bush family, assuring an even more secure location for the former president. His Dallas home is a single-story, light-red brick house totaling 8,500 square feet and is located just a few miles from the site of his Presidential Library.

George Bush Junior's military service has come under scrutiny over the years, especially during presidential campaigns. Some have suggested that he was given preferential treatment because of his father, highlighting his inconsistent attendance records and the fact that he was never called to fight in Vietnam. George W. Bush has experienced issues with alcohol abuse over the years. He was issued a DUI in 1976 and was fined. This led to his license being suspended. Many questioned the legitimacy of his presidency, as Bush didn't win the popular vote. More to the point, there was considerable controversy surrounding a vote recount in Florida prior to his inauguration.