In 1991 he became a Member of Parliament. He became Moderate Party leader in 2003. In 2006 he was elected Prime Minister and became the third youngest person to do so at 41. His first term included a financial crisis and recession. Sweden's economy became one of the strongest in Europe and Reinfeldt was re-elected in 2010. Reinfeldt serves as the President of the European Council in 2009. He has been an important ally of the United States. In 2000 he visited the U.S. to support George W. Bush's presidential campaign. He did so again in 2004. In 2006 Reinfeldt was voted the most admired man in Sweden. He married Filippa Holmberg in 1992 but the couple divorced in 2013. He has authored six books from 1993 to 2010. 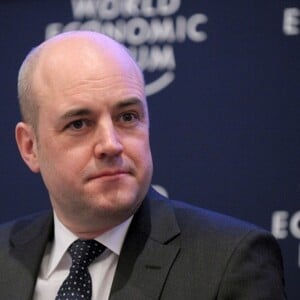