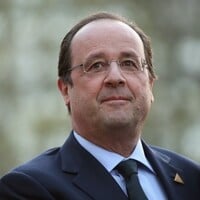 Francois Hollande Net Worth: Francois Hollande is a French politician who has a net worth of $2 million. Born François Gérard Georges on 12 August 1954, in Rouen, France, he is the current President of France. A longtime Socialist Party leader, Francois Hollande stepped in the shoes of Nicolas Sarkozy in May 15, 2012, when he officially assumed office of the 'head of state' position he will hold for five years through 2017. A graduate of the elite Ecole Nationale d'Administration and attendee of the Paris Institute of Political Studies, Hollande has been actively involved in Socialist politics in France since joining the party in 1979. Almost a decade later, in 1988, he entered the Parliament in the French national assembly, thus representing the Correze region of southern France. In the period from 1988 to 1993, he served as a Deputy of the National Assembly of France for Corrèze's 1st Constituency, a role that he again held from 1997 to 2012. It was in 1997 that he took over Lionel Jospin's post as the First Secretary of the French Socialist Party, serving as such until 2008. In the meantime, he also was the Mayor of Tulle from 2001 to 2008, as well as the President of the General Council of Corrèze from 2008 to 2012. On May 6, 2012, Francois Hollande was elected President of France, defeating incumbent Nicolas Sarkozy. Once he swore in on 15 May, he became the second Socialist Party president of the French Fifth Republic, after François Mitterrand.