What was Fidel Castro's Net Worth?

Early Life and Career in Politics

He was born Fidel Alejandro Castro Ruz on August 13, 1926, in Birán, Oriente Province, Cuba. An illegitimate son of a wealthy farmer, Castro first took leftist anti-imperialist politics while studying law at the University of Havana. Initially, he was an active participant in rebellions against right-wing governments in the Dominican Republic and Colombia, and then he tried to overthrow the United States-backed military junta of Cuban president Fulgencio Batista. But his unsuccessful attempt on the Moncada Barracks resulted in a year's imprisonment in 1953.

Following his release, he went to Mexico to form a revolutionary group with his brother Raúl and friend Che Guevara known as the 26th of July Movement, or "The Movement." Once he got back to Cuba, Castro staged and led the Cuban Revolution which ousted Batista in 1959 and also brought his own assumption of military and political power as Cuba's Prime Minister.

Alarmed by his friendly relation with the Soviet Union, Dwight D. Eisenhower and John F. Kennedy and their respective governments tried, but failed, to remove Castro through assassination attempts, economic blockade, and counter-revolution, including the Bay of Pigs Invasion of 1961.

As a precaution, Castro forged an economic and military alliance with the Soviets, allowing them to place nuclear weapons on the island. 1961 saw Castro proclaim the socialist nature of his administration, with Cuba becoming a one-party state under Communist Party rule, the first in the Western Hemisphere. This means Cuba's industry and businesses were nationalized and socialist reforms implemented in all areas of society. In a defining incident of the Cold War, Castro aligned with the Soviet Union and allowed the Soviets to place nuclear weapons in Cuba, resulting in the Cuban Missile Crisis in 1962. Cuban policies and Castro's support of anti-imperialist revolutionary groups, and his backing of the Marxist governments in Chile, Nicaragua, and Grenada, coupled with his leadership of the Non-Aligned Movement from 1979to 1983, increased Cuba's profile on the world stage.

After the Soviet Union dissolved in 1991, Castro led Cuba into its economic "Special Period", before forging alliances in the Latin American Pink Tide and joining the Bolivarian Alliance for the Americas in 2006. In poor health, he transferred his responsibilities to Vice-President Raúl Castro in 2006, who assumed full presidency two years later.

Castro was the longest-serving non-royal head of state in the 20th and 21st centuries. His supporters viewed him as a champion of anti-imperialism and socialism whose revolutionary regime advanced economic and social justice and secured Cuba's independence. His critics saw him as a tyrannical dictator whose administration oversaw human rights abuses and the exodus of many Cubans. Fidel Castro remained a controversial and divisive world figure until his death at age 90 on November 25, 2016. Cuban state television announced his death that night, and his cause of death was never disclosed. He was cremated on November 26, 2016, and a funeral procession traveled 900 kilometers (560 miles) along Cuba's central highway from Havana to Santiago de Cuba. After 9 days of public mourning, his ashes were entombed in the Santa Ifigenia Cemetery. 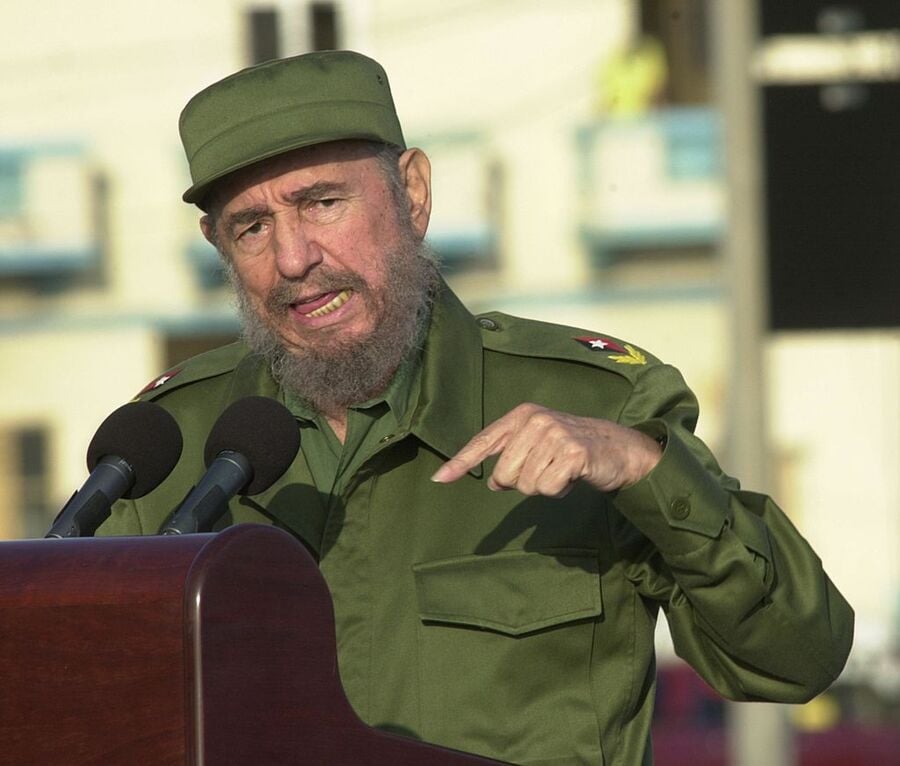 Castro was married to Mirta Diaz Balart from 1948 until their divorce in 1955. They had a son, Fidel Angel "Fidelito" Castro Diaz-Balart in September 1949. Fidelito grew up in Cuba and for a time ran their atomic-energy commission before being removed by his father. Fidelito committed suicide in February 2018.

During Fidel's marriage to Mirta, he had an affair with Natalia "Naty" Revuelta Clews, who gave birth to his daughter Alina Fernandez Revuelta. Alina left Cuba in 1993 and, under the disguise as a Spanish tourist, sought asylum in the United States, from where she has actively criticized her father's policies and the Cuban government.

Castro was known for engaging in one-night stands with women, and had three other children born as a result of brief flings. He was married to Dalia Soto del Valle from 1980 until the time of his death in 2016. They had five sons together. 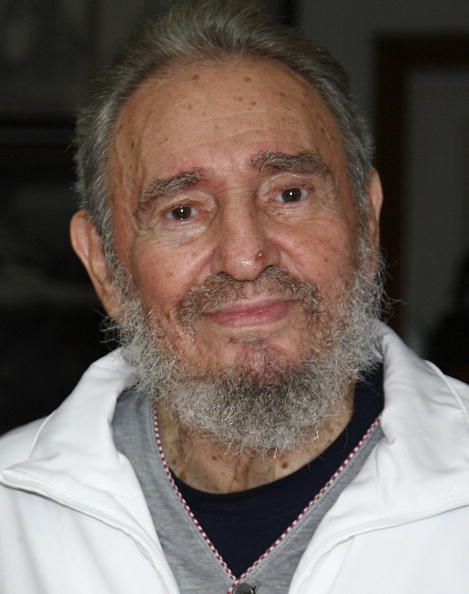 At the time of his death, we estimate that Castro was worth $900 million. Fidel was never happy to hear reports of his oversized fortune. Back in the early 2000s when Forbes estimated the dictator's net worth to be several hundred million dollars, he declared:

"If they prove that I have a single dollar, I'll resign my post… there will be no need for plans or transitions…"

However, in recent years a handful of prominent Cuban business people and exiles have come forward to claim that during his life Castro controlled perhaps more than a dozen commercial enterprises that had a collective value of at least $500 million based on comparable corporations abroad at the time.

That number does not take into account the estimated "several hundred million dollars" that Castro allegedly keeps stashed in secret bank accounts all over the world, primarily in Switzerland. It also does not include the value of his Cuban real estate portfolio that will surely increase in value dramatically as the United States has eased travel and investment restrictions on the island. When taking these assets into account, it's theoretically possible that Fidel Castro's personal assets are worth several billion dollars today. Obviously, he would disagree.