How much is Emmanuel Macron Worth?

Emmanuel Macron net worth and salary: Emmanuel Macron is a French politician who has a net worth of $1 million. Emmanuel Macron was born in Amiens, France in December 1977. He is best known for serving as the President of the French Republic. Emmanuel Macron is a member of the La Republique En Marche party since 2016 and was formerly a member of the Socialist Party from 2006 to 2009 and the Independent Party from 2009 to 2016. From August 2014 to August 2016 he served as the Minister of the Economy, Industry and Digital Affairs. Macron became Co-Prince of Andorra in May 2017 and also became President of the French Republic at the same time. He studied philosophy at Paris Nanterre University and earned his Master's of Public Affairs from Sciences Pro. Emmanuel Macron worked as a senior civil servant and an investment banker. He became Deputy Secretary General to the President in 2012 and would become the youngest President of France in history.

Emmanuel Macron Financial history: Between 2009 and 2014, Emmanuel earned around $5 million before taxes according to filings he made with the French government. This income was a result of his work at Rothschild investment bank. During his time at the bank he was instrumental in helping Nestle buy Pfizer's baby food business for $12 billion. Interestingly, in a March 2017 financial report, Macron noted that he did not own a car, and his total net worth barely topped $1 million. His wife owns their house, he had $140,000 in bank accounts, $65,000 in the stock market and a $300,000 book advance on the horizon. As President of France he earns $16,000 per month, roughly $192,000 per year. 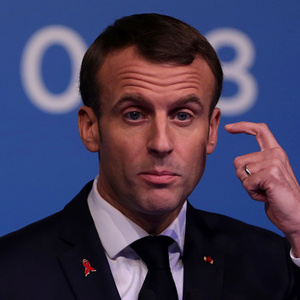