Dilma Rousseff Net Worth: Dilma Rousseff is a Brazilian politician who has a net worth of $1 million dollars. Dilma Rousseff was born in Belo Horizonte, Brazil and grew up in a wealthy family. She had servants and lived a very European lifestyle. She and her siblings received a classical education.

She became politically active while in high school, and eventually joined the Comando de Libertação Nacional while in college. Her activities with the organization forced her to flee Belo Horizonte. She became more militant over the next decade, and was eventually arrested and tortured for 22 days with punching and ferule, and was reportedly electrocuted multiple times, including with "car wiring". She was elected to the position of Minister of Mines and Energy in 2003 and served in that capacity until 2005. She then became the 40th Chief of Staff of Brazil and remained in office until 2010. She was elected the 36th President of Brazil in 2011. 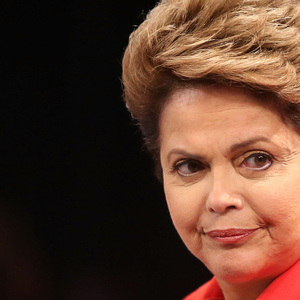