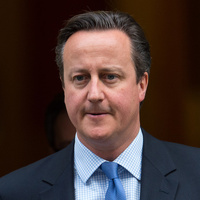 David Cameron Net Worth: David Cameron is a British politician, businessman, and author who has a net worth of $50 million. Cameron is best known for being the former Prime Minister of the United Kingdom. In 2010, 43-year-old David became the youngest British Prime Minister since the Earl of Liverpool almost two hundred years ago. Cameron stepped down as Prime Minister in July 2016 after England voted to leave the European Union in what has become known as "Brexit." David has also served as a Member of Parliament (2001 – 2016) and Leader of the Conservative Party (2005 – 2016). He was appointed to the Privy Council of the United Kingdom in 2005, and in 2012, he was awarded the Order of King Abdulaziz, Special Class. In 2016, David signed an £800,000 contract with the publishing company HarperCollins UK, and in 2019, he published the memoir "For the Record," which was described as "the political memoir of the decade" by the "Sunday Times."

Early Life: David Cameron was born David William Donald Cameron on October 9, 1966, in Marylebone, London. His father, Ian, was a stockbroker, and his mother, Mary, is a retired Justice of the Peace. David's maternal grandfather is Sir William Mount, who was the High Sheriff of Berkshire and an officer in the British Army. Cameron grew up in Peasemore in Berkshire with two sisters and a brother, and he attended Heatherdown School and Eton College. After graduating in 1984, David took a gap year, working as a researcher for Conservative MP Tim Rathbone (his godfather) and a "ship jumper" for Jardine Matheson in Hong Kong. He also visited the Soviet Union, where two KGB agents reportedly tried to recruit him. In the fall of 1985, Cameron enrolled at Brasenose College, Oxford, where he was a member of the student dining society the Bullingdon Club. David studied Philosophy, Politics and Economics at Oxford, and he earned a First Class Honours degree in 1988.

Career: From 1988 to 1993, David worked for the Conservative Research Department, eventually becoming head of the political section. In 1992, he became Special Adviser to Norman Lamont, the Chancellor of the Exchequer, and the following year, he began working for Home Secretary Michael Howard. In mid-1994, Cameron took a job as Director of Corporate Affairs at Carlton Communications, and he briefly left in 1997 when he ran for Parliament. In 2001, he left his position at Carlton Communications to run for Parliament again, but he remained a consultant for the company. David's second run for Parliament ended in victory, and he served until 2005. During his time in Parliament, Cameron served as a member of the Commons Home Affairs Select Committee, a shadow minister in the Privy Council Office, and vice-chairman of the Conservative Party. In 2004, he became head of policy co-ordination in the Shadow Cabinet, and he later served as Shadow Education Secretary. Around this time, David was also a non-executive director at Urbium PLC, the company that operated the Tiger Tiger nightclub chain.

In December 2005, Cameron defeated David Davis to become Leader of the Conservative Party, and in March 2006, he became a member of the Privy Council. He then worked with the Civic Democratic Party to create the European Conservatives and Reformists, a new Parliament group. Following the resignation of Gordon Brown as Prime Minister in 2010, David and Nick Clegg, the Liberal Democrat leader, formed the Conservative–Liberal Democrat Coalition government after Queen Elizabeth II invited Cameron to form a new government. David became the new prime minister and expressed his intention to "put aside party differences and work hard for the common good and for the national interest." Cameron was re-elected in May 2015, But after British citizens voted against remaining part of the European Union, he announced his resignation on June 24, 2006. He was succeeded by Theresa May, and later that year he resigned from Parliament as well. Since leaving the world of politics, David has served as chairman of the National Citizen Service Patrons and president of Alzheimer's Research UK. 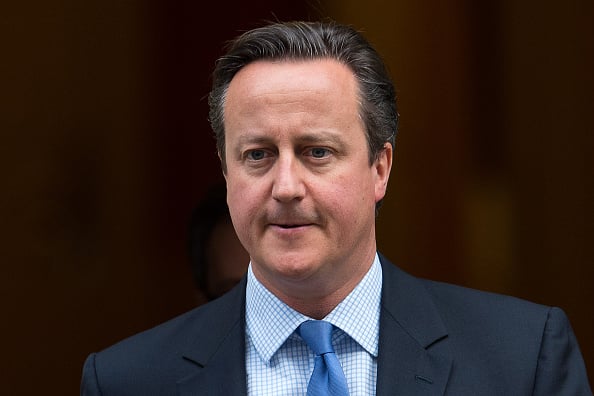 Personal Life: David married Samantha Gwendoline Sheffield on June 1, 1996. Samantha's parents are Sir Reginald Sheffield, 8th Baronet and Annabel Lucy Veronica Jones, who became known as Viscountess Astor after marrying William Astor, 4th Viscount Astor in 1976. The Camerons have had four children, Ivan (born 2002), Nancy (born 2004), Arthur (born 2006), and Florence (born 2010). Sadly, Ivan, who was born with cerebral palsy and Ohtahara syndrome (a form of epilepsy), passed away in February 2009 at the age of 6. After David's father, Ian, died in 2010, Cameron inherited £300,000 from the estate; Ian had created an offshore investment fund called Panamanian Blairmore Holdings, which was valued at approximately $20 million in the late 1990s. In 2016, after the Panama Papers document leak, It was revealed that David had invested in his father's offshore fund, leading to calls for his resignation.

Before he became prime minister, Cameron regularly commuted to work on a bicycle. In 2009, he ran in the Great Brook Run and Oxford 5K to raise money for charity. A cricket fan, David has appeared on the sports radio show "Test Match Special," and he is a supporter of the Aston Villa Football Club. In 2014, David spoke about his religion in the "Church Times," stating, "I am a member of the Church of England, and, I suspect, a rather classic one: not that regular in attendance, and a bit vague on some of the more difficult parts of the faith. But that doesn't mean the Church of England doesn't matter to me or people like me: it really does. I like its openness, I deeply respect its national role, and I appreciate its liturgy, and the architecture and cultural heritage of its churches."

Real Estate: In 2017, David and Samantha paid £2million for a holiday home in Trebetherick, a village in Cornwall. After buying the mansion, the couple added an £8,000 wood-burning hot tub and submitted plans to build a game room in the garden. The Camerons also own a home in Chipping Norton in the Cotswolds, which they paid £650,000 for in 2001. David shelled out £25,000 for a shepherd hut/"man cave" that includes a wood-burning stove and a pull-out sofa bed, and he said that he intended to use it as a "book writing room."