In 1990, Medina was elected to the Political Committee of the Dominican Liberation Party (PLD) together with Leonel Fernández and Juan Temístocles Montás. He was also President of the Chamber of Deputies of the Dominican Republic (1994-95). Danilo Medina is considered one of the brains behind the presidential campaign of President Fernández. He was appointed Secretary of the Presidency in 1996 and was one of the President's closest aides. Danilo Medina ran for and was elected President of the Dominican Republic in the 2012 Dominican Presidential Elections, which ended on the morning of May 21st with 51.24% of the votes. During the elections, Medina's thesis was criticized for suspected plagiarism by Génove Gneco, a professor from the Universidad Autónoma de Santo Domingo. Gneco also investigated the thesis of senator Félix Bautista and Minister of Economic Affairs Juan Temístocles Montás. Gneco was later removed from his position for overstepping his limits and for not being able to prove his accusations. 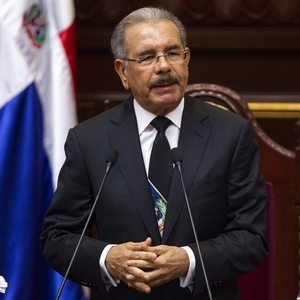