Daniel Ortega Net Worth: Daniel Ortega is a Nicaraguan politician who has a net worth of $50 million. José Daniel Ortega Saavedra (most widely known as Daniel Ortega) was born November 11, 1945 in La Libertad, Nicaragua. He has been President of Nicaragua since 2007; previously he was leader of Nicaragua (1979-90), first as Coordinator of the Junta of National Reconstruction and then as president. Ortega was arrested for political activities at the age of 15 and immediately joined the then-underground Sandinista National Liberation Front (FSLN). He was then imprisoned in 1967 for taking part in robbing a branch of the Bank of America while brandishing a machine gun, but was released in late 1974 along with other Sandinista prisoners in exchange for Somocista hostages. During his imprisonment, Ortega was severely tortured. After his release, he was exiled to Cuba, where he received several months of guerrilla training. He later (secretly) returned to Nicaragua secretly. Ortega's relationship with the U.S. was never very cordial, due to U.S. support for Somoza prior to the revolution. Ortega married Rosario Murillo in 1979 in a secret ceremony and moved to Costa Rica with her three children from a previous marriage. Ortega remarried Murillo in 2005 to have the marriage recognized by the Roman Catholic Church. The couple has eight children, three of them together. Rosario is currently the government's spokeswoman and a government minister. In 1998, Daniel Ortega's adopted stepdaughter Zoilamérica Narváez alleged that Daniel Ortega had sexually abused her since she was 11 years old. Ortega and his wife Murillo denied the allegations and the case could not proceed in Nicaraguan courts because Ortega had immunity to prosecution as a member of parliament and the five-year statute of limitations for sexual abuse and rape charges had been exceeded. Narváez took a complaint to the Inter American Human Rights Commission, which was ruled admissible in October 2001. As of 2006 Daniel Ortega continues to deny the allegations, but Zoilamérica Narváez has yet to withdrawn them. 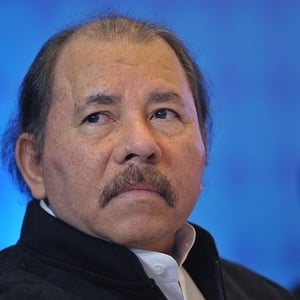