He has been elected to the lower house of India's Parliament nine times, and to the upper house twice. He has served as the Member of Parliament for Lucknow, Uttar Pradesh. He served as Minister of External Affairs. Vajpayee has had health problems and retired from active politics in 2009. He has had three knee replacement surgeries. In 2009 he suffered from a stroke. He has received various awards. Vajpayee has also written several social and political books. He has published five autobiographies, and has also authored poetry books. During his role as Prime Minister India conducted nuclear tests in 1998. In 1999 Indian Airlines flight IC 814 was hijacked. A group of masked, armed men attacked the Parliament building in 2001. In March 2000 U.S. President Bill Clinton visited India and met with Vajpayee. Atal Bihari Vajpayee died on August 16, 2018. 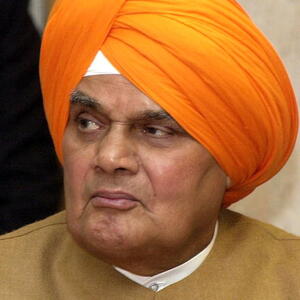