Aníbal Cavaco Silva Net Worth: Aníbal Cavaco Silva is a Portuguese politician who has a net worth of $5 million. Aníbal António Cavaco Silva was born July 15, 1939 in Boliqueime, Portugal. He is the 19th and current President of Portugal. Silva won the Portuguese presidential election on January 22, 2006 and was re-elected on January 23, 2011 for a second five-year term. He was previously Prime Minister of Portugal (November 6, 1985 to October 28, 1995). His tenure of ten years was the longest of any Prime Minister since Salazar, and he was the first Portuguese Prime Minister to have won an absolute parliamentary majority under the current constitutional system. As an undistinguished student at school, a 13-year-old Silva flunked the 3rd grade of the Commercial School and his grandfather put him working on the farm as a punishment. He later returned to school and went on to become an accomplished student. Silva then went to Lisbon, where he took a vocational education course in accounting from Instituto Comercial de Lisboa (known today as Instituto Superior de Contabilidade e Administração de Lisboa (ISCAL)) in 1959. He went on to higher learning and gained a degree in economics and finance as well. He became active in politics only after the Carnation Revolution of April 1974, later that year joining the then-PPD political party. Aníbal Cavaco Silva was appointed Minister of Finance by Prime Minister Francisco Sá Carneiro in 1980 where he earned a reputation as an economic liberal and gradually dismantled regulations inhibiting free enterprise. In October 2005, Silva announced his candidacy for the 2006 presidential election. He is the first elected center-right President in Portugal since 1974. He is also the second former Prime Minister to be elected President, following in the footsteps of Mário Soares. 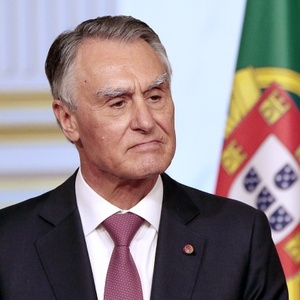