He graduated from the National Autonomous University of Mexico. He has been married twice including to Beatriz Gutierrez Muller since 2006 and has four children. Andres Manuel Lopez served as the President of the Party of the Democratic Revolution from 1996 to 1999. From 2000 to 2005 he was the Head of Government of the Federal District. Andres Manuel Lopez began serving as the President of Mexico in 2018. He ran in the 2006 presidential election and lost by 0.58%. He then ran in 2012 finishing second. 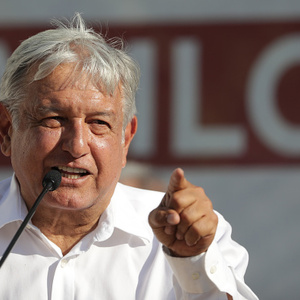