At the national level, García Padilla is a member of the Democratic Party of the United States. As governor, García Padilla shares his legislative power with the 25th Senate and 29th House of Representatives. García Padilla began his law career working at Puerto Rico's Court of Appeals as a law clerk then worked as an attorney. He also worked as a law professor at the Interamerican University. Garcia Padilla later served as a legislative aide for the committees on Internal Affairs, Women's Affairs and Agriculture, among others. In January 2005, García Padilla was confirmed as Secretary of the Puerto Rico Department of Consumer Affairs under the administration of Aníbal Acevedo Vilá. As secretary, he kept gasoline prices lower than in any other area of the United States. In 2007, García Padilla announced that he would run for senator. After his victory, he was selected by José Dalmau Santiago, Senate Minority Leader, to serve as the ranking member on several committees, including Governmental Affairs, Public Safety and Judicial Affairs. He now serves as governor with the 16th Cabinet of Puerto Rico and in parallel with the 17th Legislative Assembly of Puerto Rico, the 25th Senate of Puerto Rico and the 29th House of Representatives of Puerto Rico. 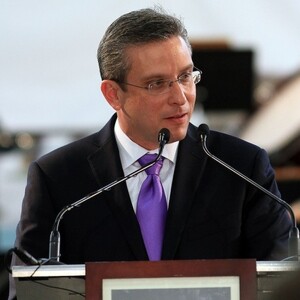