Paul Biya Net Worth: Paul Biya is a Cameroonian politician who has a net worth of $200 million. Born Paul Barthélemy Biya'a bi Mvondo on 13 February 1933, in Mvomeka'a, French Cameroons (now Cameroon), he has served as the President of Cameroon for more than 38 years, holding the post since November 6, 1982.

It was in the 1960s that he saw a hasty rise as bureaucrat under President Ahmadou Ahidjo. By the end of the decade, Biya landed the post of Secretary-General of the Presidency (1968 -1975), after which he served as Prime Minister of Cameroon (1975 – 1982). Eventually, he took over the Presidency from Ahidjo upon his unexpected resignation in 1982. As e ruler of the extremely poor country (with 48% of Cameroonian's citizens living below the poverty line), Biya is said to belong to the list of leaders with ill-gotten wealth. He used his power to falsify the term limit laws twice, just to make sure he stays in power. Thus, he had the chance to amass huge personal fortune ranging between $200 and $300 million. What's more, he has made sure to keep Cameroon's close relationship with France, the country's former colonial ruler. 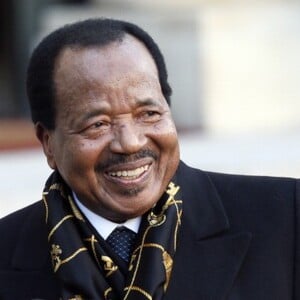