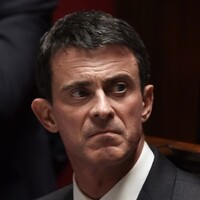 Manuel Valls Net Worth: Manuel Valls is a French politician who has a net worth of $1.5 million. Manuel Valls was born in Barcelona, Spain in August 1962. Valls is the current Prime Minister of France. He moved to France as a teenager and graduated from the Pantheon-Sorbonne University. At 17 years old eh joined the French Socialist Party. Valls served as an attaché and was elected to regional Council for the Ile-de-France. He became head of the Socialist Party in 1998 and was responsible for functions of the Prime Minister's Cabinet. Valls served as Secretary of Communications for the national Socialist Party in 1995. From 1998 to 2002 he was vice president of the regional Council for the Ile-de-France. In June 2002 he became Member of the National Assembly from Essonne's 1st Constituency. From March 2001 to May 2012 Valls served as the Mayor of Evry. From May 2012 to April 2014 he served as Minister of the Interior. In April 2014 Valls became the Prime Minister of France, succeeding Jean-Marc Aryault. He has authored three books from 2005 to 2008. Manuel married Anne Gravoin in 2010 and has four children with his former wife Nathalie Soulie.