Lawrence O'Donnell Net Worth and Salary: Lawrence O'Donnell is an American news broadcaster and TV writer who has a net worth of $16 million. Although O'Donnell is probably best known today as a political commentator and anchor for MSNBC, he also enjoyed a substantial career as a writer. After writing a novel that was later adapted into a TV series, Lawrence subsequently became the writer and producer for the hit series "The West Wing." He also worked as an executive producer for "Mister Sterling." During his time in the entertainment industry, O'Donnell also appeared as an actor in various series, including "Big Love" and "The West Wing."

Throughout his life, O'Donnell has exhibited a passion for politics. He once acted as an aide to US Senator Daniel Patrick Moynihan, and later served as staff director for the Senate Finance Committee. Eventually, his political interests resulted in the creation of the show "The Last Word with Lawrence O'Donnell." This opinion and news program is one of MSNBC's major flagship shows. Lawrence describes himself as a "practical European socialist."

MSNBC Salary: Although O'Donnell's salary has fluctuated over the course of his career at MSNBC, he eventually reached peak annual earnings of $4 million, as stipulated in his contract with the media organization.

Early Life: Lawrence Francis O'Donnell Jr. was born on November 7th of 1951 in Boston. Raised by an office manager and an attorney in a Catholic household, Lawrence attended a private, Catholic all-boys school as a youngster. During these years, he captained the school baseball team and played as a wide receiver on the football team. After graduating, he attended Harvard College, studying economics. During his college years, O'Donnell also wrote for the "Harvard Lampoon" and started flexing his writing muscles. He eventually graduated in 1976.

Career: Immediately after graduating from Harvard, O'Donnell embarked on a career as a writer. In 1983, he published his first novel – "Deadly Force." The book centered around a real wrongful death and police brutality lawsuit that his father worked on as a lawyer. Three years after the book was published, it was turned into a film called "A Case of the Deadly Force." O'Donnell did not return to writing for many years, and his only book since has been "Playing with Fire: The 1968 Election and the Transformation of American Politics," which was published in 2017.

O'Donnell then went into television work, writing several episodes of "The West Wing." He eventually won an Emmy Award for his work on this show and later worked on a number of additional series. In 2009, Lawrence started working with MSNBC, contributing to the show "Morning Joe." After moving up the ranks within MSNBC, he eventually started hosting his own show called "The Last Word with Lawrence O'Donnell." This show debuted in 2011. 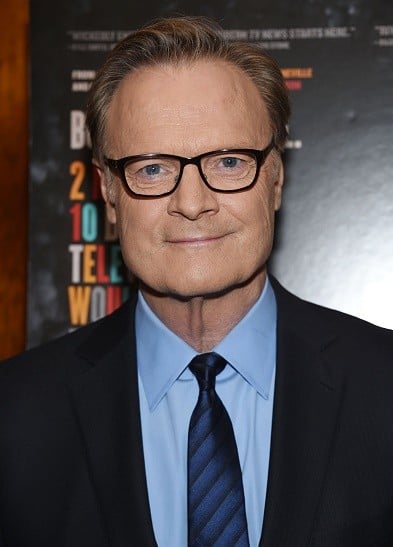 Activism: O'Donnell has partnered with UNICEF and MSNBC to created a fund that provides African students with desks. In 2013, the program announced that it had raised over $6.5 million, enough to provide 100,000 desks to classrooms across the continent. Later, the program created scholarships to help young girls in Malawi get a proper education. In 2017, it was announced that the program had raised $19 million.

Controversy: Over the course of his career, Lawrence has been involved in a number of controversies, mostly due to the statements he has made as a news anchor and host. In 2007, he famously criticized The Church of Jesus Christ of Latter-day Saints. This was in connection to his criticism of Mitt Romney, who is a member of the LDS Church. O'Donnell claimed that the religion was invented by a "guy in upstate New York in 1830 when he got caught having sex with the maid and explained to his wife that God told him to do it."

These statements proved highly controversial and potentially damaging for MSNBC and O'Donnell, as members of the LDS Church were among his most loyal audience members. Five years after making the statements, Lawrence apologized and admitted that he had lost many fans who were offended.

In 2010, he stated that Michael Steele's "real master and paycheck provider" was the Republican National Committee. Since Steele is black, the word "master" was seen as racially insensitive. Lawrence later apologized for his statements. That year, he interviewed Ron Paul. Even though an MSNBC spokeswoman later confirmed that Ron Paul had been specifically promised that the interview would not include questions on specific candidates within the tea party movement, O'Donnell went ahead and asked Paul about this anyway. He was accused of breaking his promise by Paul, and he later faced widespread criticism from the journalism community.

In 2017, a video that showed Lawrence swearing angrily about background noise on the set of his show was leaked. O'Donnell was forced to apologize for his crass language, and the person who leaked the video was found and fired. In 2019, Lawrence faced criticism yet again for reporting a fake story about Donald Trump having loan applications cosigned by Russian oligarchs. The story had been completely fabricated, and it was never actually verified by NBC news. When this story was exposed for what it was, O'Donnell was forced to backtrack and refer to the entire debacle as an "error in judgment." 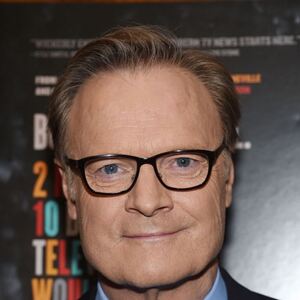