Jack Abramoff Net Worth: Jack Abramoff is an American and former lobbyist and businessman who has a net worth of negative $44 million dollars. Born February 28, 1958 in Atlantic City, New Jersey, Jack Abramoff was at the center of an extensive corruption investigation that led to his conviction as well as 21 other persons pleading either guilty or being found guilty; persons that included White House officials J. Steven Griles and David Safavian, U.S. Representative Bobby Ney and nine other lobbyists and Congressional aides. Abrams was prosecuted for the Jack Abramoff Native American lobbying scandal (a scandal involving the defrauding of Native American tribes who were Abramoff's lobbying clients as well as a related bribery of public officials). That same year he was also prosecuted for his dealings with SunCruz Casinos (charges involved a guilty plea by Abramoff to conspiring to commit wire fraud and mail fraud). He was sentenced to six years in federal prison, served 43 months and was released December 3, 2010. Jack was also ordered to personally pay $44 million in restitution for defrauding the Indian Tribes. Prior to these scandals, Abramoff was a founding member of the International Freedom Foundation (allegedly financed by apartheid South Africa) and served on the board of directors for the National Center for Public Policy Research, a conservative think tank. Yet other Abramoff-associated scandals include an investigation by a grand jury in Guam over an alleged plot to control functions of the courts of that territory, a suspect multibillion-dollar Homeland Security contract and another Native American-related scandal involving the Choctaw Indian Tribe. In 2010, the feature film Casino Jack, which chronicled Abramoff's controversial career and illegal track record, was released and starred Kevin Spacey as Abramoff. At the peak of his success, Jack Abramoff reportedly earned over $20 million per year. He also opened a Kosher restaurant in DC called "Signatures" that has long since been shut down. 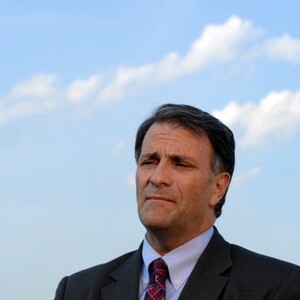