What is Henry Kissinger's Net Worth and Salary?

Henry Kissinger is an American diplomat and political scientist who has a net worth of $50 million. Kissinger originally arrived in the United States as a political refugee escaping Jewish persecution in Bavaria. He eventually became a naturalized citizen, and after a stint in the army, he became one of the most influential politicians and advisers of the latter 20th century. He was one of the most vocal figures in the implementation of US foreign policy under presidents Richard Nixon and Gerald Ford.

Although he was undoubtedly an influential and innovative figure in US politics, many observers and scholars see him as a highly controversial figure. Some even consider him a war criminal. After leaving political office, Kissinger continued to have a considerable impact on global politics by establishing an international geopolitical consulting firm. Some of his firm's most prominent clients include major multinational corporations. While it is true that he is a polarizing figure, one thing is certain: Henry Kissinger provided results.

Heinz Alfred Kissinger was born on May 27th of 1923 in Furth, Bavaria (in what was then the Weimar Republic of Germany). Raised alongside one brother by middle-class parents, Heinz became obsessed with soccer at an early age. He became quite skilled, and at one point gained a spot on the youth team of SpVgg Furth, one of Germany's best clubs during that era. This sparked a lifelong adoration of the club for Kissinger.

When Heinz was 15, he emigrated to the United States with his family to escape rising antisemitism in Germany. Not long before, the Nazis had instigated Kristallnacht, or "the night of the broken glass," which was a violent protest against Jews in Germany. Heinz adopted the Americanized name of Henry after arriving in New York City and attended high school for one year before joining the workforce as a factory worker. He continued his high school education with night courses and studied accounting at college after graduating.

Although Kissinger was a promising student, his post-secondary education was interrupted when he was drafted into the US Army during World War 2. During his Army training, Henry became a naturalized citizen of the United States at age 20. Although he was initially assigned to the 84th Infantry Division, he was transferred to Military Intelligence due to his sharp wit and German fluency. Kissinger still saw plenty of action as an intelligence officer and fought at the Battle of the Bulge.

His other feats include establishing the administration of an entire German city while only a private and exposing a cell of undercover Gestapo agents. Eventually, he became a Special Agent within the Counter Intelligence Corps and left the army having won the Bronze Star.

After leaving the military, Kissinger attended Harvard, from which he earned an AB degree in political science in 1950. He then stayed at Harvard and went on to earn his MA and Ph.D. by 1954. Henry then remained at Harvard as a faculty member, founding the Center for International Affairs. He led research into nuclear weapons and foreign policy, arguing that instead of relying on the "safety" of Mutually Assured Destruction (MAD), the United States should aggressively use nuclear weapons to win wars.

Towards the end of his time as an academic, Kissinger became involved in various presidential campaigns, first acting as a foreign policy adviser to Nelson Rockefeller. When Nixon beat Rockefeller for the Republican nomination, Kissinger switched allegiances and joined Nixon's team, despite calling him "the most dangerous of all men to have as president" during the earlier campaign.

Henry Kissinger's political career began in earnest when Nixon appointed him as his National Security Adviser in 1969. Throughout the next few years, both men developed a close relationship as they shaped the world with their foreign policies. Kissinger was even more important than the State Department in the development of foreign policy. When Nixon resigned in the face of the Watergate Scandal in 1974, his successor made sure to keep Kissinger in his previous position as National Security Adviser.

Kissinger was instrumental in developing policies of detente and established close diplomatic relations with the Soviets. He also helped establish a ceasefire in Vietnam that helped US forces withdraw, although the ceasefire did not last.

One of his earliest actions was to create a backchannel to China through which Nixon and Mao could communicate. However, diplomatic progress was slow because China was intent on removing Taiwan from existence, a nation that they saw as illegitimate. Nixon eventually compromised and encouraged the expulsion of Taiwan from the United Nations. The United States and China also established an anti-Soviet pact. 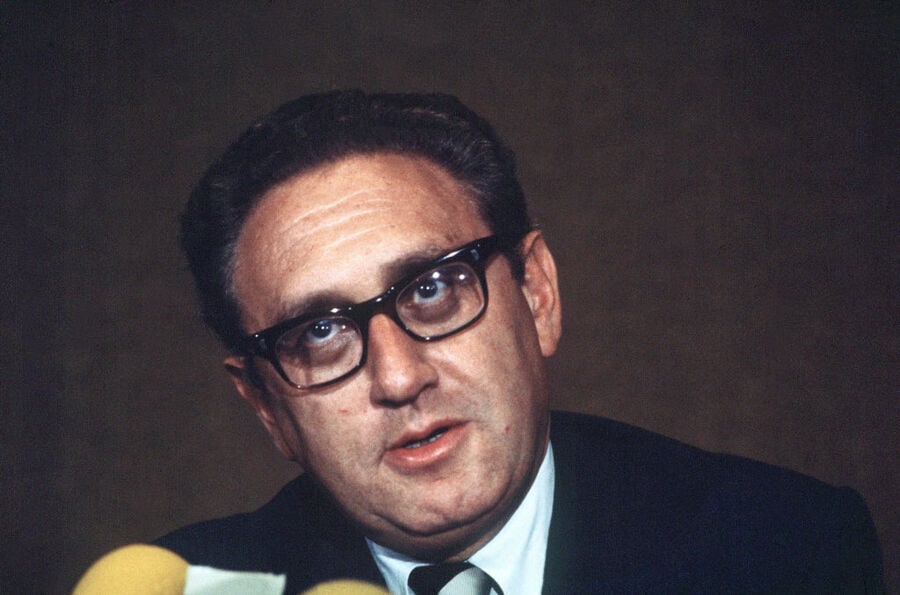 (Photo by -/AFP via Getty Images)

Kissinger and Nixon were both on the same page when it came to Vietnam. Henry believed that victories in Vietnam were essentially meaningless and without any lasting political impact, while Nixon was elected on the basis of ending the war. Many strategies were put forth to create "peace with honor" in Vietnam, although all seemed ineffective.

A slow withdrawal of US troops began, and at one point Kissinger even recommended the use of brutal force (such as nuclear bombardment) to force the North Vietnamese to accept a ceasefire. While that plan was rejected, the administration bombed Cambodia without approval from Congress, which many considered illegal.

An increasingly frustrated Nixon began to suggest more and more drastic measures, and eventually the US invaded Cambodia. After meeting in secret for years with North Vietnamese representative Lê Đức Thọ, Kissinger finally negotiated a ceasefire. However, America's South Vietnamese allies refused to accept the agreement, perceiving it to be a betrayal. Eventually, South Vietnamese president President Nguyễn Văn Thiệu was forced to accept the deal through intimidation by Nixon, and the US pulled out. Before too long, Saigon had fallen and Vietnam was completely in Communist control.

Although the Vietnam conflict dominated Kissinger's political activities, he also established foreign policy in regard to a number of other nations. He controversially backed Pakistan in their war against Bangladesh. He also orchestrated a military coup against a democratically-elected leader in Chile, installing a US-friendly president instead. These are just a few examples of his activities during his political office.

Kissinger continued to act in advisory roles after leaving US politics. He has a history of working with major corporations, and in 2009 he was paid $5 million to help the multinational mining company Rio Tinto distance itself from espionage and bribery allegations.

A 1979 New York Times article estimated that Kissinger at that point was already earning $400,000 – $600,000 per year from speaking fees, book royalties and business consulting salaries. That's the same as earning $1.4 to $2.1 million per year today.

That same year he reportedly eared around $5 million in advances and royalties from his three-part memoir starting with "The White House Years". That's the same as $18 million in today's dollars.

Around this time NBC paid Henry $1 million to be a special consultant on world affairs, which led to appearances on The Today Show.

His expenses were quite high during this period. At his peak, Henry spent an estimated $150,000 per year on security and assistants. Roughly $500,000 in today's dollars.

Henry has been married twice. He was married to Anne Fleischer from 1949 to 1964. They had two children, David and Elizabeth. After a long career at NBC, in 2005 David became the President of Conan O'Brien's production company Conaco.

In 1974 Henry married socialite Nancy Maginnes. Nancy's father Al Maginnes played professional football in the 1920s then earned a fortune as a lawyer who was a partner in prominent firm Drye, New Maginnes & Warren for more than three decades.

The Kissingers own properties in New York City and Connecticut. The previously owned an estate in Palm Springs, California that is still referred to by realtors as "The Henry Kissinger Estate".

In Connecticut the own a 300-acre estate in the town of Kent. Acquired in the early 1980s for an undisclosed amount, the Kissingers quickly angered locals when they cut down thousands of blueberry bushes from the edges of their property that townsfolk had picked from for years. The bushes were removed at the direction of Henry's security team to dissuade strangers from wondering onto the property.

In New York City they have long-owned an impressive apartment in the extremely-exclusive River House building. The co-op is notoriously picky when it comes to who can and can not buy into the building. Notable rejected buyers include Diane Keaton, Richard Nixon, Joan Crawford and Gloria Vanderbilt. The co-op by-laws prohibit real estate listings from using the building name in marketing material. The building features a famous club, aptly named "The River Club", which is strictly limited to 400 men and women and costs $10,000 annually to belong. The club has a swimming pool, two championship tennis courts, dining room, ballroom and 26-room suites for members who are visiting from out of town. Based on similar recent comps in the building, the Kissinger unit would likely fetch $15-20 million on the market. 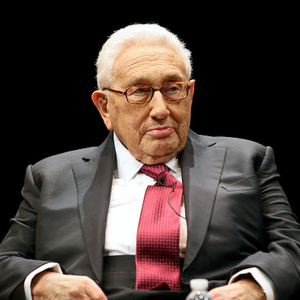