Early Life and Career: He was born on April 25, 1949 in Neuilly-sur-Seine, France. His father Gilbert Strauss-Kahn was a lawyer who specialized in tax law and his mother Jacqueline Fellus was a journalist. He graduated from HEC Paris in 1971 and from Sciences-Po and ISUP in 1972. He earned a degree in public law, a PhD and an aggregation in economics from the Universite Paris X (Nanterre) in 1977.

From 1997 to 1999 Kahn was an economics professor at the Paris Institute for Political Studies ("Sciences Po") and he was also the Minister of Economy and Finance as part of Lionel Jospin's "Plural Left" government. He is a member of the right wing of the PS (which is on the center-left of French politics) and sought the nomination to the Socialist presidential candidacy for the primaries of the 2007 election, however Kahn was defeated in November of 2006 by Segolene Royal.

Arrest: Dominique Strauss-Kahn arrested was charged with sexual assault in May of 2011 in New York. He was alleged to have sexually assaulted a maid in his Sofitel hotel room. In August all charges were dropped but the scandal forced Dominique to step down from his position as head of the IMF.

Personal Life: Dominique has been married four times. He most recently married Myriam L'Aouffir in 2017. He has a daughter from his second marriage to Brigitte Guillemette.

Dominique was married to his third wife, art heiress Anne Sinclair from 1991 to 2013. They have three daughters.

Anne Sinclair Fortune: Anne Sinclair is the heir to an extraordinarily large and significant art fortune. Anne's grandfather Paul Rosenberg was a French art agent who happened to be best friends with Pablo Picasso. Rosenberg built one of the most-successful art agency businesses, representing Picasso, Matisse and many others. Rosenberg famously struck arrangements with the artists he represented that would give him the first right to acquire all of their works directly from each artist. At the time of his death in 1959, Paul personally owned around 100 pieces of art that would eventually become almost priceless. He owned around 40 works by Picasso alone, as well as works by Renoir, Degas and Seurat.

Over the years the family has sold some pieces. They sold a Money for $20 million, a Matisse for $33 million and a Leger for $22.4 million.

Real Estate: When they were together, Anne and Dominique maintained a $4 million home in Washington D.C.'s Georgetown neighborhood and two apartments in Paris worth a combined $10 million. All of the real estate was in Anne's name. 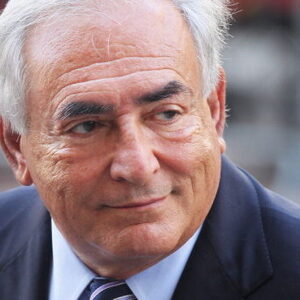