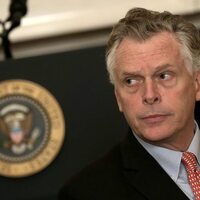 Terry McAuliffe Net Worth: Terry McAuliffe is an American businessman and politician who has a net worth of $30 million. Born Terence Richard McAuliffe on February 9, 1957, in Syracuse, New York, he is the Governor-elect of Virginia and he is going take office as the 72nd Governor of the country on January 11, 2014. What comes as most impressive about this Democratic Party politician is that he started his first business at the age of fourteen because he needed money to pay for college. With the help of his mom, he set up McAuliffe's Driveway Maintenance which dealt with sealing driveways and parking lots. Thus, he crowned his education with graduating from law school at Georgetown University Law Center and eventually receiving a J.D. in 1984. By the time McAuliffe took politics seriously, he had already backed himself with millions, working as a real estate developer, banker, home builder and internet venture capitalist. The highlights of his resume as a politician include serving as Chairman of the Democratic National Committee (2001-2005), as well as being Co-Chairman of U.S. President Bill Clinton's 1996 re-election campaign and Chairman of Hillary Clinton's 2008 presidential campaign. It was in 2099 that he first run for office in the Virginia gubernatorial election that year. Unfortunately, McAuliffe's candidacy for the Democratic nomination was unsuccessful. He saw another more fortunate run again in the 2013 gubernatorial election, when he won the Democratic primary unopposed. In the general election, Terry McAuliffe defeated both Republican Ken Cuccinelli and Libertarian Robert Sarvis with 48 percent of the vote.