Susan Rice net worth and salary: Susan Rice is an American diplomat, academic, and public official who has a net worth of $40 million. She is best known for being the United States National Security Advisor under President Barack Obama. According to her 2011 financial disclosure, Susan estimated her net worth at a minimum of $23.5 million and a maximum of $43.5 million. The disclosure showed investments in commercial banks worth $8 million and oil & gas companies worth nearly $5 million. When she estimated her net worth in 2008, she gave a range of $12 to $30 million.

Susan Rice was born in Washington, D.C. in November 1964. She is a Democrat who graduated from Stanford University and earned her Master of Philosophy and Doctor of Philosophy degrees from New College, Oxford. Rice married Ian O. Cameron in 1992. She is the daughter of Emmett J. Rice and Lois Dickson Rice. Susan Rice served as the 12th Assistant Secretary of State for African Affairs under President Bill Clinton from October 1997 to January 2001. From January 2009 to June 2013 she served as the 27th United States Ambassador to the United Nations. Rice served as the 24th United States National Security Advisor under President Barack Obama from July 2013 to January 2017.

Susan Rice served as a foreign policy advisor for presidential nominees Michael Dukakis and John Kerry. As Assistant Secretary for African Affairs at the State Department she saw significant changes such as the passage of the African Growth and Opportunity Act, an increased focus on fighting HIV/AIDS, and more. She is a former Brookings Institution fellow and served as Ambassador to the United Nations. During that time she fought for human rights and anti-poverty as well as climate change and LGBT and women's rights.

Personal Life: Susan has been married to Canadian businessman Ian O. Cameron since 1990. They met while studying at Stanford University. They have two children. Their son John David-Rice Cameron is the President of the Stanford College Republicans and has been a vocal Trump supporter.

Ian comes from a very wealthy family. His father Newton earned a fortune as the founder of the Victoria Plywood Company. Newton founded the company in 1950 upon returning from World War 2. He grew the business into one of the largest producers of lumber on the west coast of North America. He sold the business in 1980.

Wealth: According to the nonpartisan Center for Responsive Politics in Washington, she had a net worth of between $23.5 million and $43.5 million as of 2009. During that time she was the wealthiest member of the executive branch, just ahead of then Secretary of State Hillary Clinton. Rice was only required to file broad ranges of her assets for those disclosures which made it impossible to determine the exact figures for some of her holdings.

Her husband Ian is the source of the family's wealth. In 2012 it was revealed that Susan and Ian owned $600,000 worth of stock in a Canadian oil company called TransCanada which owns the controversial Keystone pipeline. They owned other fossil fuel companies which became a source of controversy when she was up for serving as Secretary of State at one point. 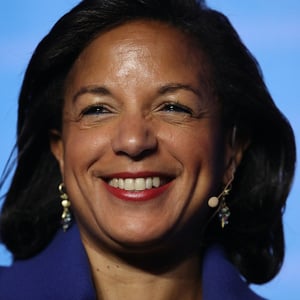