Legal Career: After law school Sonia she spent four and a half years as an assistant district attorney in New York. She entered private practice in 1984. Outside of her law practice Sonia was an active member on the boards of directors for the Puerto Rican Legal Defense and Education Fund, the State of New York Mortgage Agency, as well as the New York City Campaign Finance Board. She also teaches at New York University School of Law and Columbia Law School.

In 1991, President George H. W. Bush nominated Sotomayor to the U.S. District Court for the Southern District of New York. The nomination was confirmed a year later. In 1997, President Bill Clinton nominated her to the U.S. Court of Appeals for the Second Circuit. Even though her nomination got delayed by the Republican majority in the US Senate, she was ultimately confirmed in 1998. While on the Second Circuit, she heard more than 3,000 appeals and wrote around 380 opinions.

Supreme Court: In May 2009 President Barack Obama nominated Sonia to the Supreme Court to replace retired Justice David Souter. In August of the same year, her nomination was confirmed by the Senate. Sonia Sotomayor was the Court's 111th justice, its first Hispanic justice and its third female justice. 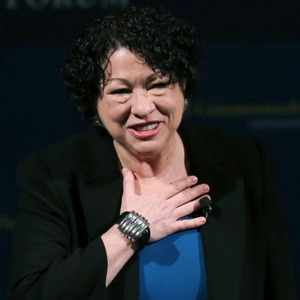